Meng is the first Chinese national to take up the role as head of Interpol, but rights groups are concerned that the nomination will facilitate efforts to target Chinese dissidents living overseas, reports The Guardian.

“This is extraordinarily worrying given China’s longstanding practice of trying to use Interpol to arrest dissidents and refugees abroad,” Amnesty International’s Regional Director for East Asia, Nicholas Bequelin, told the Guardian on Thursday.

Bequelin added that Chinese police have a “political mandate” to protect the power of the Communist party.

As part of President Xi Jinping’s far-reaching crackdown on corruption, last year, Beijing launched Operation Sky Net, a campaign to nab 100 suspected corrupt former Communist Party officials who had allegedly fled overseas. The names were placed on Interpol’s “Red Notice” list with the aim that the police body would help extradite them back to China.

Read More: China’s Most Wanted Can Run, but Increasingly They Cannot Hide

Amnesty’s fear is that some of those on the list, rather than being guilty of graft, may be political dissidents whose real crimes exist only in the eyes of the Communist Party. 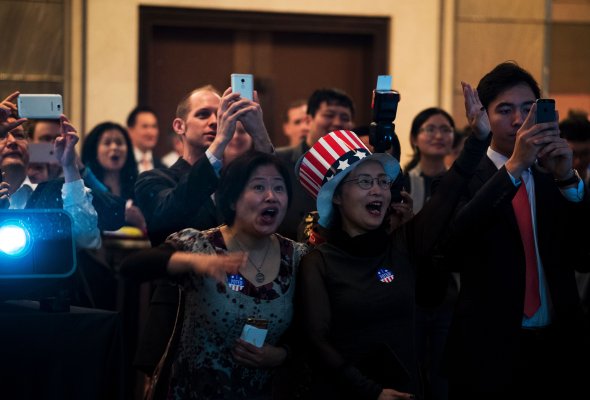 Donald Trump's Victory Has Caused Glee In China
Next Up: Editor's Pick