Former Vice President Al Gore addressed the future of climate policy following the election of Donald Trump in a statement released on Wednesday.

Urging people to continue the work needed to solve the climate crisis, Gore wrote that the efforts “are dependent not on politics or ideology—or elections—but on our commitment to each other, to the health of our planet and to a sustainable future for all.”

“Last night President-elect Trump said he wanted to be a president for all Americans,” Gore wrote. “In that spirit, I hope that he will work with the overwhelming majority of us who believe that the climate crisis is the greatest threat we face as a nation.”

Trump winning the election has all but guaranteed an end to action that will address climate change in the U.S.—the president-elect indicated in his speeches throughout the campaign that he would “scrap” current environmental regulation and revamp the coal industry. He also repeatedly said he would “cancel” or renegotiate the Paris Agreement, the world’s most significant agreement on climate change to date.

Referring to the Paris Agreement, Gore wrote, “We knew this work would not be easy—indeed, more would be required.”

“Now we know that our work must be redoubled,” he wrote. “Today, without regard to last night’s outcome, we must turn our focus to making the promises of the Paris Agreement a reality by embracing the forces that are already working to grow our economy and transform our energy future.” 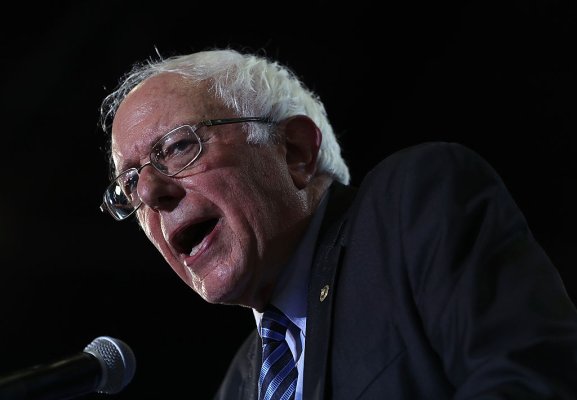 Bernie Sanders Says Donald Trump 'Tapped Into the Anger of a Declining Middle Class'
Next Up: Editor's Pick