How to Prepare for Our Misogynist President

Perhaps because we as a nation spent so much of 2016 preoccupied with silly things, I think many of us were truly shocked by Donald Trump’s defeat of Hillary Clinton. The opportunity to elect the first woman to lead the free world was taken from us, and that should be mourned. But it’s hard to separate what was lost from the dread of what’s to come.

The presidency of Donald Trump is not uniquely terrifying to women, but we are among those groups that will be threatened most explicitly from the day he takes office. His election is exponentially more devastating for America’s women of color, for our queer and transgender women, for our women who are disabled or mentally ill or simply in possession of any intersectional Otherness that makes them not the sort of woman Donald Trump would like them to be, which is to say anything other than a “piece of ass.”

The idea of the Other has always been a scary thing to those with the good fortune to be the default. Our public consciousness is historically predicated on the assumption, acknowledged or otherwise, that men are humans, and women are women. While 53% of men voted for him, only 8% of African Americans and 29% of Hispanics and Asians wanted Trump to be president. Part of this election was decided by a fear of the Other.

Women are already more than half the population, and in a matter of decades we will become a majority-minority country – a country composed primarily of Others. We can hope, then, that this kind of fear will slowly die out as our society becomes increasingly pluralistic, which has always been one of America’s greatest strengths. Until that time, we have to reckon with the myriad of threats to our health and personal rights that will arise in January.

From a statistical standpoint, every person reading this knows a woman who has been sexually assaulted, whether or not you realize it. According to the National Sexual Resource Center, one in five women will be raped during the course of her life. For women who are not straight, able-bodied and white, that number increases dramatically. Nearly half of all lesbians and three quarters of bisexual women report experiencing sexual violence. From a financial standpoint, rape hurts the economy more than any other crime, and nearly as much as drunk driving and murder combined. It is also the crime that goes the most disastrously underreported. It is not a surprise that a man accused by multiple women of being a sexual predator has not laid out any kind of groundwork for combatting sexual violence. Clinton had pledged to put additional resources into preventing assault on university campuses, where it is especially virulent, and that’s work that we’ll now need to continue at the grassroots level without her.

The future of Planned Parenthood remains uncertain, but the Trump campaign’s promises to defund it have been legion. Trump acknowledged in the past that the organization has helped millions of women, and distinguished himself from other Republicans by stating that he would not force women to carry to term in cases of rape, incest and pregnancies that endangered the life of the woman. But despite what you may have heard, the majority of abortions are not funded by your taxes. Nor are babies ripped from the womb the day before birth, and any reports of such occurrences are sick distortions of the truth at the expense of pregnant women and their rightful autonomy over their bodies. As we enter an age when facts cease to be trusted as facts, it’s critically important that the women of this country – especially the young women, and especially the young women in impoverished communities – have access to reproductive resources and sexual education.

Trump has pledged that as president, he’d take away women’s rights to abortion, and that women who sought them would face “some sort of punishment.” Although he hasn’t explicitly stated how he would go about doing this, the assault on women’s reproductive rights will probably come in the form of a to-be-determined pro-life appointment to the Supreme Court. Trump will already fill at least one seat on the Supreme Court, possibly more, and these appointments will likely spell a conservative majority that would attempt to overturn Roe v Wade.

If the Affordable Care Act is overturned, nearly seven million women may stand to lose their health insurance. For the purposes of full disclosure, this includes me. Trump has repeatedly stated his intention to repeal and replace the ACA, but has outlined no clear policy to implement in its stead. The Healthcare Reform statement on his website begins by repeating the same paragraph twice. As best we can discern at this time, he intends to place an emphasis on free markets and alleviating costs via stricter immigration laws.

Trump has stated that his administration would grant new mothers six weeks of paid maternity leave, but seemingly only if they’re legally married. Legislature that specifically excludes single women – as is unconfirmed but seems likely — could disproportionately affect black families, LGBTQ families and adoptive parents.

Trump’s administration, which will exist with few checks and balances, will be a flashpoint for a culture that is already fearful of and violent toward women. Violence that again increases dramatically against non-white, non-straight or binary women. His presidency seems conducive to a spike in the brazenness of not just the men who pass laws about our bodies, but the men who do us harm — from screaming at us in their cars and groping us on public transportation to assaulting and murdering us.

It is repulsive and sad to be reminded that hard-won women’s rights are not guaranteed to be permanent, and to realize that instead of breaking further ground, we have to protect the liberties we do already have from being undone.

Donald Trump has stated that no one has more respect for women than he does. For all the reasons listed above, of course, this is categorically untrue. He is a predatory misogynist, and his election to the White House is a tragedy. But what gives me hope is the unparalleled respect with which women treat each other. Empathy, safety and decency are things that come January will no longer be afforded to us from the office of the president, so we will, increasingly, have to provide them to each other. 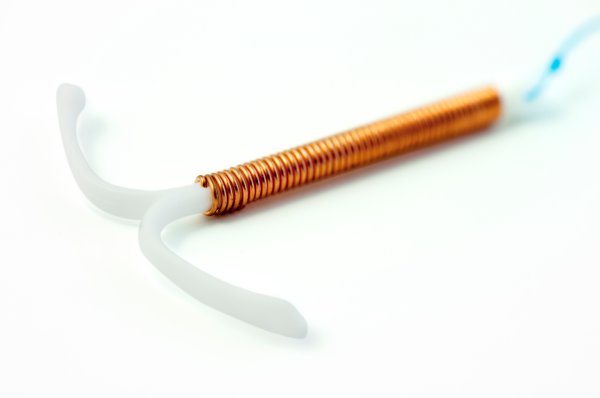 Why Getting an IUD Is Trending on Social Media Today
Next Up: Editor's Pick