It is no surprise that Jonathan Pollard has become part of the discussions in the current Israeli-Palestinian peace discussions. In every administration I was a part of — and every negotiation in which I participated — he was raised by Israeli prime ministers. From Rabin through Netanyahu, one thing could be counted on: Pollard would be raised. We may view him as a spy; Israelis view him differently. He has taken on the aura of being a soldier who was left in the field, and the ethos in Israel is that soldiers are never left behind.

As someone who is Jewish and who also worked in the Pentagon in the 1980’s, I had no sympathy for Pollard. He stole top-secret documents; he betrayed his country and the trust put in him; he was caught and it was appropriate that he pay a price for what he had done. I felt strongly about that.

To be sure, I had more personal reasons for feeling an additional sense of betrayal. At the time, I was contending with a prejudice that lingered in the national security bureaucracy that in not so subtle ways suggested that anyone who was Jewish could not work on Middle Eastern issues because they would serve Israeli as opposed to American interests — a view typically held by those who also defined U.S. and Israeli interests as being at odds.

So I had good reasons for believing that Pollard should be punished. And, I still believe that. But what constitutes sufficient punishment?

As Israeli prime ministers would raise his case and explain how if they were going to take difficult steps toward peace, his release could make those steps more politically sustainable — and Presidents starting with Clinton would consider these requests — I heard the intelligence community make arguments for holding him that made little sense: If we released him to Israel, he would still be able to compromise our security. If he was released, it would signal we were soft on spies. If we released him, there would be no deterrent for spying. If we released him, it would damage the morale of the intelligence services.

Perhaps, five or even 10 years after his imprisonment he might still know things about our intelligence that could have some value, but nearly 30 years afterwards, what could still be of relevance? During one discussion I had in the Clinton administration when this came up, I said even then — at a point when Pollard had been in prison for 13 years — that if he could still compromise our intelligence, those responsible on our side should be fired. They had a responsibility to change the way we did business. Clearly, we altered our techniques and means when our security was compromised and we had suffered other security breaches and had to imprison other spies.

Whether one accepts the argument that Pollard’s sentence seems more severe than that handed out to other spies, it surely makes little sense to say that someone who has spent nearly 30 years in jail has not paid a severe price. Thirty years in jail does not signal being soft on spies; it constitutes a potent deterrent against spying. And, at this point, when looking at the demographic make-up of those in the intelligence community, a significant percentage either were not born or were very young when Pollard was incarcerated. It seems unlikely that morale is going to be affected by his release.

If traditional arguments in the intelligence community bear little weight at this point, there is still the question of whether we should link the peace issue to Pollard. Some may say that if he is so politically important, we should get something of value for his release. Perhaps, but at a time when the Middle East is characterized by upheaval and U.S. foreign policy needs to demonstrate effectiveness, we can ill afford a collapse of the current efforts to negotiate between Israelis and Palestinians.

If the release is part of a package of steps that not only manages this process but can give it a necessary boost — and also affect the climate between Israelis and Palestinians — then President Obama and Secretary of State Kerry certainly seem justified in acting on it.

Dennis Ross is the William Davidson Distinguished Fellow and counselor at The Washington Institute for Near East Policy. He served as the Director of Policy Planning in the State Department under President George H. W. Bush, the special Middle East coordinator under President Bill Clinton, and was a special assistant to President Obama from 2009-2011. 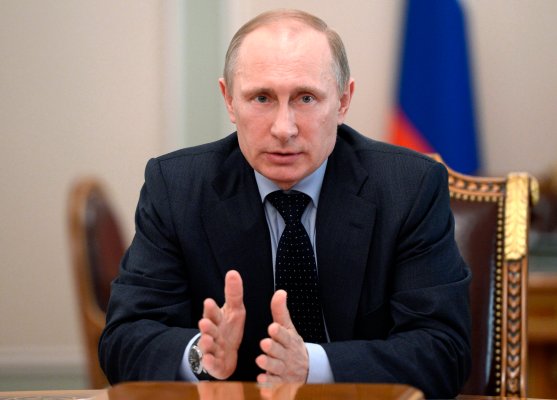 On Ukraine, Obama's Munich Moment
Next Up: Editor's Pick