Despite massive losses for Democrats in races from the White House to governors’ offices Tuesday, those on the left celebrated some significant victories with state ballot measures.

From marijuana to minimum wage to gun control laws, they won many key initiatives among the 162 statewide measures — part of a concerted plan put in motion more than a year ago to circumvent Republican-led legislatures and take policy questions directly to voters. Progressive advocates appeared to lose major healthcare initiatives in California and Colorado, however.

The Center for Public Integrity tracked how those fighting over these measures shaped their messages with TV ads, typically an expensive yet far-reaching endeavor. Media tracker Kantar Media/CMAG estimates that more than $384 million was spent through Monday just to air TV ads about such measures this election.

Here’s a roundup of notable results and the TV ad spending behind them:

California, Massachusetts and Nevada voted to legalize, tax and regulate recreational marijuana, though voters rejected that idea in Arizona. Maine was still too close to call as of midday Wednesday. In total, pro-pot groups spent roughly $14.7 million on TV ads for those five measures; anti-marijuana groups spent $9.2 million.

Medical marijuana advocates also had a successful night. The three states that voted on medical pot — Arkansas, Florida and North Dakota — approved the drug. In the Sunshine State, marijuana garnered 71 percent of the vote, even though anti-drug forces spent roughly $1.5 million on TV airtime, more than twice as much as marijuana advocates.

Read More: How the 2016 Election Became a Watershed for Weed

Measures aimed at benefiting low-wage workers also came out as winners. Voters approved raising the minimum wage in Arizona, Colorado, Maine and Washington while rejecting a proposal to decrease the minimum wage for teenagers in South Dakota. Supporters won handily in all those contests, having spent about $5.6 million in airtime to promote the measures, compared to opponents’ combined $670,000.

No broadcast TV ads appear to have aired about the California measure, but in Nevada and Maine, supporters of the measures spent roughly $7.5 million on airtime, backed up by infusions of cash from billionaire Michael Bloomberg’s Everytown for Gun Safety group. Opponents, backed by the National Rifle Association, spent about $2.7 million on TV ads.

Also in Colorado, voters approved physician-assisted suicide. The measure was backed up by roughly $2.1 million in TV advertising. Much of the funding for the “yes” campaign came from the nonprofit group Compassion and Choices Action Network, a group that is working nationwide to expand options for medically assisted death.

In South Dakota, a measure to overhaul the state’s ethics and campaign finance rules passed by a narrow margin, despite opposition from a coalition led by the state branch of Americans for Prosperity, a group backed by billionaire industrialists Charles and David Koch.

Supporters spent roughly $360,000 on last-minute TV ads, while opponents spent about $40,000 on TV airtime. The measure also creates a system of a publicly financed vouchers for voters to give to candidates of their choice — the first of its kind to be enacted at the state level. A similar measure failed in Washington state. 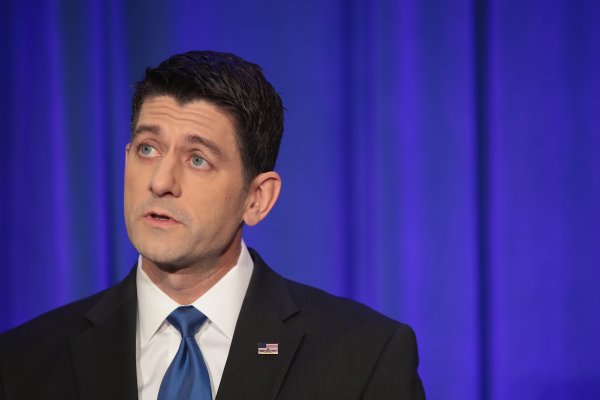