With Vice President Joe Biden by his side, President Barack Obama addressed the American people in the wake of the stunning 2016 presidential election results, saying he is now rooting for President-elect Donald Trump’s success in office.

“We are now all rooting for his success in uniting and leading the country,” President Obama said Wednesday from the Rose Garden.

It’s a speech few assumed he’d have to give. All signs, from polls to analysis, pointed to a win for Clinton. The president, vice president, and the First Lady were tremendously involved in the presidential campaign to elect Democratic presidential nominee Hillary Clinton, who conceded to Trump in the early hours of Wednesday morning. Over the past month, the president has been crisscrossing the country mocking Trump, calling him uniquely unqualified to lead the nation. But on Wednesday, Obama was gracious and conciliatory.

The president said he called Trump around 3a.m. Wednesday to both congratulate him and invite him to the White House. The most important task that lay ahead, he said, was to ensure a smooth transition of power.

From the Rose Garden, the president took time to congratulate his former Secretary of State, who he said ran a historic campaign despite ultimately failing secure the Electoral College votes necessary to clinch the presidency.

He also sought to reassure his team, given that the bulk of Trump’s plans for the presidency center around the undoing of Obama’s legacy. Urging those who’ve worked in his administration to “keep their heads up,” the president said all should be proud of the work they’ve done to make the U.S. better than it was eight years ago.

After a tumultuous, lengthy campaign, President Obama acknowledged that the country has some healing to do, but he said he was heartened by the unifying nature of Trump’s acceptance speech.

“That’s what this country needs,” Obama said. “A sense of unity. A sense of inclusion.” 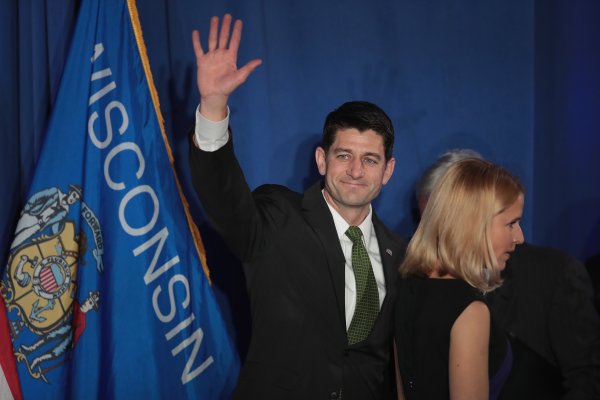 Ryan: Trump's Election Most Incredible Political Feat I Have Seen'
Next Up: Editor's Pick