Apple Has a New Way to Get a Cheaper iPhone

For the first time in nearly a decade, Apple is offering its customers the opportunity to get refurbished iPhones.

The tech giant this week launched a new sales program for the iPhone, known as the Apple Certified Refurbished store. Customers who head over there will be able to pick up a refurbished iPhone 6s or iPhone 6s Plus. The iPhone joins Apple’s many other products, including Macs, iPods, and other items already on sale in its digital marketplace for refurbished devices.

The move is a notable one for Apple, which has focused most of its retail attention in recent years on selling brand-new devices. While Apple has offered refurbished Macs for years, its online marketplace has only been home to new iPhones. In fact, Apple hasn’t sold refurbished iPhones at retail since the smartphone’s launch in 2007.

Selling a refurbished iPhone, however, is in keeping with Apple’s desire to be a leader in electronics recycling and other green initiatives. Apple is investing heavily in recycling programs in hopes of getting its old hardware back from customers. It then decides whether to refurbish the hardware and sell it again or break it down and mine its parts for recycling. The company even has a sophisticated robot, named Liam, that can systematically remove components in devices like the iPhone so they can be reused in other units.

Although there is still a bit of a stigma attached to buying refurbished electronics and some will wonder what might be wrong with the hardware that it needed to be fixed up, some of that fear is unfounded. In many cases, devices are returned to companies for little reason other than the customer didn’t want it after purchase. In other cases, refurbished devices might never have been opened and returned before the owner could even try them out. In those cases, customers are effectively getting a brand-new handset that Apple or any other company simply can’t sell as new any longer.

Like brand-new iPhones, the refurbished handsets Apple is selling come with new batteries and outer shells. They also come with a one-year warranty. 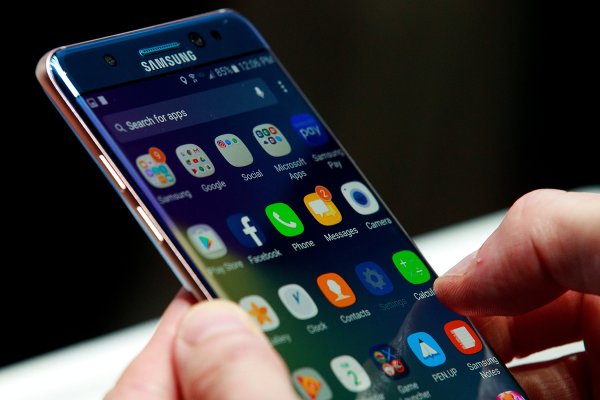 Samsung is Betting Its Future Beyond the Note 7 on Artificial Intelligence
Next Up: Editor's Pick