Former US President George H. W. Bush applauds during an event in the East Room of the White House July 15, 2013 in Washington, DC.
BRENDAN SMIALOWSKI—AFP/Getty Images
By Sarah Begley

“Barbara and I congratulate @realDonaldTrump, wish him well as he guides America forward as our next President,” wrote H.W. on Twitter. “His family is in our prayers.”

“Congratulations on your victory @realDonaldTrump,” wrote Jeb. “As our President, Columba and I will pray for you in the days and months to come.”

Earlier in the election season, Jeb said he would not vote for either Trump or Democratic nominee Hillary Clinton. Rumors suggested H.W. was considering voting for Clinton, while George W. Bush and his wife Laura reportedly did not vote for any presidential candidate, a major departure from presidential tradition. 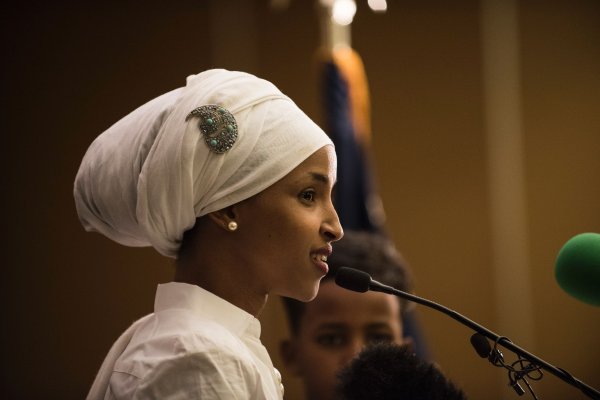