The Internet Really, Really Wants Michelle Obama to Run for President in 2020

After Hillary Clinton was defeated by Donald Trump in the biggest upset of U.S. election history early Wednesday morning, the Internet was awash with reactions to the largely unanticipated outcome. But while many took to social media to either celebrate or lament the night’s results, some began to look ahead four years, announcing their support for candidates who could potentially run for the nation’s highest office in 2020 — including Michelle Obama.

The current First Lady has become one of the most popular political figures in recent history over the course of her husband’s Oval Office tenure, so it’s no surprise that her fans are already advocating for her return to the White House (despite the fact that President Obama has ruled this possibility out).

See some of the pleas for #Michelle2020 to become a reality below. 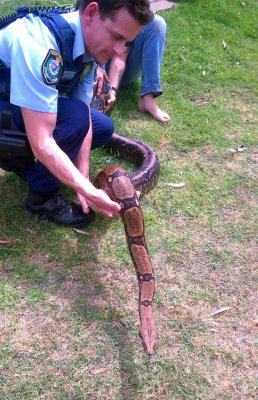 Police Have 'Arrested' a Snake for Living Up to Its Boa Constrictor Name
Next Up: Editor's Pick