What Donald Trump Will Do With His Mandate

It’s Donald Trump’s Republican Party now. The nation’s capital is now a one-party town, and Trump owns it all. What does Trump intend to do with that mandate?

Almost every newspaper in America—conservative or liberal—endorsed Democratic nominee Hillary Clinton. Nearly all of the professional GOP staff stayed away. Trump had very little help on the ground from the institutional GOP apparatus. Trump was outspent, and a significant percentage of the usual, reliable GOP donor class decided not to help. His campaign was smaller than any in modern history.

None of it mattered. Tens of millions of voters who were clearly angry with Washington showed up at the polls to vote for Trump—even though GOP elites and the media told them their vote likely wouldn’t matter. They showed up largely without being organized, and they voted for Trump’s vision of how the Republican Party should “drain the swamp” and run the nation’s capital.

The truth is that President-elect Trump was handed a considerable mandate from a vast swath of America on Tuesday. They clearly want real change in the national government. In the end, a great many people voted explicitly for the sort of change that Trump vowed to bring to Washington.

Trump has promised swift, immediate changes in immigration, health reform, national security, trade and industrial regulation policies. He now has a free hand to propose sweeping initiatives in all of those areas, and there is very little that elected GOP leaders can do to shape or control them at the outset.

Trump won largely without the help of the institutional GOP party apparatus. Trump showed that there is a huge swath of America—especially those without a college education, which was the most decisive group of voters in nearly every battleground state contest that he won on Tuesday—that feels left out, abandoned, not part of the club in national politics and economic policy. He showed that his movement is, in fact, real and that it now controls the Republican Party. Elected leaders in Congress, at least in the short term, have no choice but to be mindful of that stark reality.

The fact that the GOP is now essentially in charge means that every one of Trump’s big initiatives—whatever they might be—will be heard and acted on in some capacity in the next two years.

There will be no attempts at immigration reform now. That battle—whether to build an actual wall and increased police enforcement at America’s southern border and whether to immediately deport 11 million illegal immigrants in the country—will now be fought out as an intra-party exercise. The Democrats will have little to say about it, except to block actions on the Senate floor.

If Trump chooses to pull back from America’s historic commitments to NATO and other parts of the world where U.S. military forces are now engaged; to challenge China over its trade polices; or to embrace Russia’s foreign policy in the Middle East and elsewhere, Trump now has a free rein (and a mandate) to do so.

If he wants to re-write or kill off regulations related to Obamacare, he can. Senate Democrats still retain the power to block a wholesale repeal of the act in Congress, but Trump nevertheless has the power to gut the health-care reform law administratively as he’s promised.

If he wants to abolish trade pacts and propose legislation to re-write the ways in which multi-national corporations receive preferential tax treatment for investments overseas and as part of free trade pacts, he will, at a minimum, be given a receptive audience.

And if he chooses to strip federal regulatory agencies of their budgets and powers over industries, Trump now has the ability to do that as well. GOP leaders won’t stand in his way. Democrats in Congress have just one, real weapon at their disposal to fight rear-guard actions against such efforts: to block final actions in Congress on the Senate floor. They can obstruct, but not much else.

When Trump nominates a ninth justice to the Supreme Court, the only question will be just how conservative that nominee is likely to be—and where he or she stands on issues like Roe v. Wade, states’ rights and the expansion of rights for corporations.

American voters gave Trump the keys to our national government on Tuesday, and a blank canvas on which to paint. Establishment GOP leaders weren’t prepared for it, and many openly and privately hoped it would not come to pass. But it has arrived. Now, whether they like it or not, they will need to pay close attention to the leader of a movement that they hardly knew even existed until Tuesday. 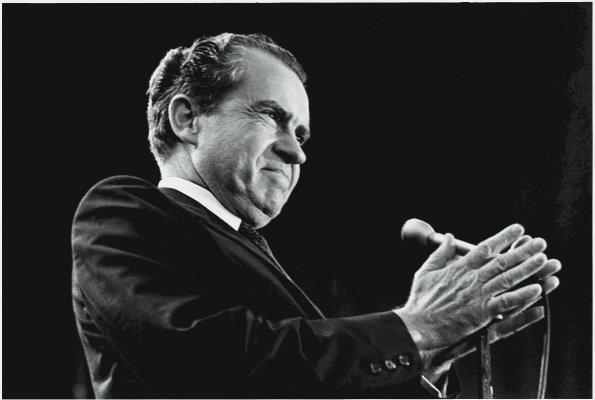