How to Heal America's Splintered Soul

Landon Nordeman for TIME
Ideas
By Rabbi David Wolpe
Wolpe is the Max Webb Senior Rabbi of Sinai Temple in Los Angeles, the author of eight books and has been named one of the 50 most influential Jews in the world by the Jerusalem Post.

“How small, of all that human hearts endure / That part which laws or kings can cause or cure.” — Samuel Johnson

There is a sense in this nation that something shifted in this election and that what is coming to fruition is a fractured nation.

America’s soul is splintered. People have always harbored different opinions and experiences, but how did the grand canyon of distance between Americans come to be?

The length of campaigns leads to an increase in the duration and depth of the division. Two years of planning to defeat the other guy do not allow an easy or quick healing. There has been too much time for wounds to fester, for accusations to spread through the body politic, and for combatants to shore up their arguments.

The mechanisms of unity are growing fewer. Everyone used to watch the same news, read the same newspapers, go to the same few movies and watch the same few TV shows. With an increase in choice comes a decrease in shared culture. People for whom “Hamilton” was a major cultural event probably didn’t know much about the NSCAR winner. The result is not division alone, but mutual incomprehension and stereotyping.

The politicization of what used to be seen as neutral organizations or outlets means that there is no clear refuge from the division that stalks the rest of society. The police became a lightning rod for left and right; so did the FBI; and the media is divided. It seems that there is no news station or newspaper that is not labeled by its adversaries as belonging to the left or to the right. Between the contending political factions, “no man’s land” has disappeared.

Often nations are brought together by a common enemy. But even here, while everyone agrees that we must address terrorism, cyber attacks and economic issues, there is a split on who should be defined as the enemy and how to deal with it.

Simply pleading for people to come together has no effect. The societal forces that promote separation are real and growing. The few places that remain apolitical, like professional sports, provide too few opportunities for lengthy, informal interactions that might reduce the cracks in the American soul.

We need to encourage the spaces where we meet. Religious institutions should seek to stay apolitical, so they can accommodate all people. Everything from playgrounds to bowling alleys should be areas of conversation and commonalities, not political argument. When public issues infect private relationships, friends become adversaries.

The nation will not be healed from the White House. It has to be healed in backyards, in halls of worship, in public parks and clubhouses. Nothing lowers temperatures like seeing someone play with their dog or push a child on a swing. We need to leave the voting booth and be human again. In dictatorships, everything is about politics. Not here. America is not the land of politicians. It is the land of people. 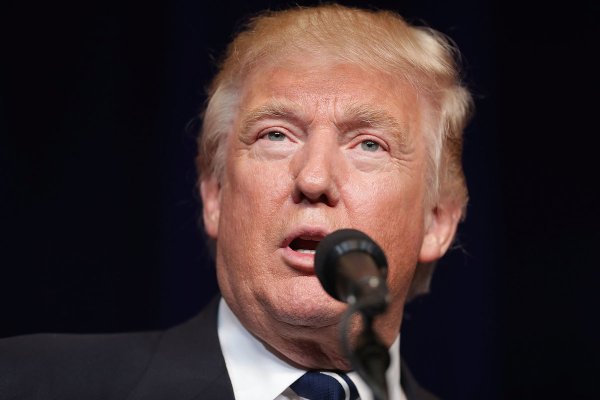 6 Other Businessmen Who Became President of the United States
Next Up: Editor's Pick