Watching the Election in a Hong Kong Bar With Democrats Abroad

Ongoing vote count results for the state of Florida in the U.S. presidential election are displayed on a television screen at an election-watch party organized by Democrats Abroad in Hong Kong on Nov. 9, 2016
Bloomberg/Getty Images
By Nash Jenkins / Hong Kong

It was just after 11 in the morning on Wednesday in Hong Kong when Donald Trump was predicted to win Ohio, but it was not too early for the scrum of middle-aged Democrats holed up in a Belgian beer bar to order tequila. They’d rented a private room here, with a projection screen on which was cast a stream of NBC News. It was supposed to be a good morning.

“I thought I’d come here for a nice morning, as a formality, then go on my way,” says Anthony Solimini, who like so many of the 60,000 American expatriates in Hong Kong works in finance — in his case, wealth management at UBS. He had a Leffe beer in front of him, and also the dregs of a Bloody Mary in a glass goblet, which he said was his wife’s. “And now — I’m physically sick. I’m so depressed.”

And so they drank. Buttons that the Democrats Abroad had handed out — featuring the name Hillary in Chinese characters and the Hong Kong skyline superimposed within Clinton’s forward-pointing H logo — were forgotten on wooden tabletops beneath the stems of mimosa glasses. The atmosphere in the room was one of vivid dissociation, as if everything that had just happened was at once real and hysterically unreal. Folks were furiously sketching in the margins of the electoral-college maps that had been distributed around the room, trying to work out the math that would lead to a Clinton victory. Bankers checked on the Dow, which was in free fall. In a corner, one woman stared down at her phone, blinking back tears.

Solimini says he’s a Republican at heart — “I don’t want to pay taxes, I don’t want the government to spend money wastefully” — but that nearly three decades of living overseas had brought “the American shift [towards] racism, ignorance, and violence” into sharp relief.

“I don’t apologize for being an American, but it gets tougher to defend it,” he says. “Everybody that I work with has been over at my desk in the last six months, asking how? Why? And I just don’t know.”

By 1 p.m. local time, Trump had 244 electoral-college votes; Clinton trailed with 209. During a commercial break, conversation at one table turned to the massive anti-China demonstration in Hong Kong three nights earlier, prompted by Beijing’s decision to intervene in the political fate of two local legislators who support Hong Kong’s independence from China.

Since the British returned Hong Kong to China in 1997 as a semiautonomous territory, Hong Kong has been the only Chinese city with even a facsimile of democracy. In recent years its people have taken to the streets to clamor for more. They are trapped between the democratic institutions bequeathed to them by British rule — a legislature, freedoms of speech and press — and Beijing’s ultimate sovereignty. Those who scoff at the pro-democracy activists have pointed to the U.S. election as a litmus test of Western democracy’s merits, or rather its lack of them.

The Chinese state media has had a particularly gleeful time during the U.S. election. An Oct. 8 editorial in the Global Times, a mouthpiece for the Communist leadership, crowed at the “chaos” that was burgeoning across the Pacific. “All this weirdness not only clearly shows the predicament of the U.S. political establishment,” it read, “it also points straight at the corrupt practices of the U.S. political system.”

“I guarantee you that Trump hopes he loses,” one man in the Democrats’ barroom said, moments after Clinton took Nevada, bringing her to 215 electoral-college votes — still trailing Trump. Across the table, Solimini was speaking into his iPhone. 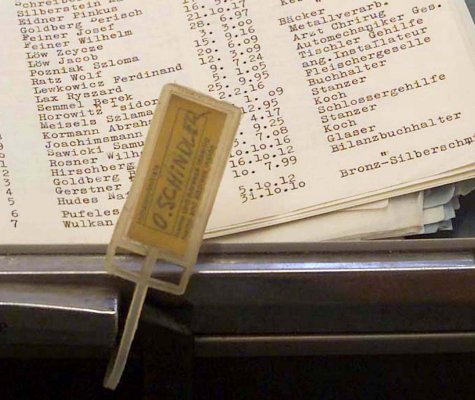 Schindler’s Factory Will Be Restored Into a Holocaust Museum
Next Up: Editor's Pick