Schindler’s Factory Will Be Restored Into a Holocaust Museum

Picture shows the name tag "O. Schindler" on a suitcase with the original copy of a list of over 1,200 Polish Jews known as Schindler's List in Stuttgart, Oct. 15, 1999.
Michael Dalder—Reuters
By Feliz Solomon

A Czech foundation plans to restore the disused factory where German industrialist Oskar Schindler saved more than a thousand Jews, giving it new life as a Holocaust Museum.

“Our aim is to restore the building to its original condition, including the watchtower,” said Jaroslav Novak, head of the Shoah and Oskar Schindler Foundation, Agence France-Presse reports.

Schindler, who died in 1974, employed 1,200 Jews in his enamelware and munitions factories in Nazi-occupied Poland and Czechoslovakia, sparing them from Hitler’s gas chambers. The compound was built in the 19th century, and is located in Brněnec, formerly called Brünnlitz, was near his hometown of Svitavy, which used to be called Zwittau.

The museum, which will host an exhibition about Schindler’s life, is due to open in 2019. 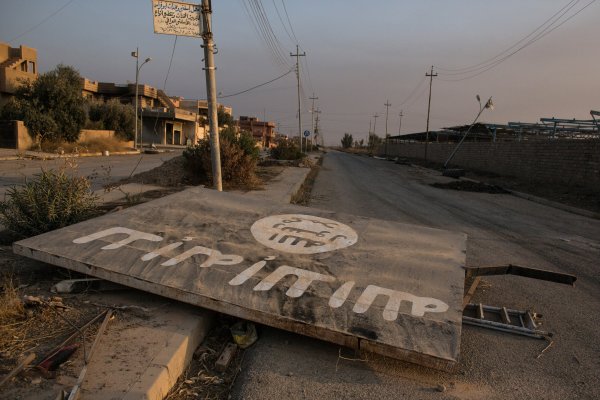 ISIS Forces 1,500 Families to Retreat With Them Near Mosul
Next Up: Editor's Pick