Colorado Approves a ‘Right to Die’ for Terminally Ill Patients

Colorado has become the sixth state to allow a so-called “right to die” for people who are terminally ill.

With 62% of precincts reporting Tuesday evening, almost two-thirds of voters approved Proposition 106, which would allow people who have been diagnosed with six months or less to live the ability to obtain secobarbital, a sleeping medication that can be lethal in high doses, to end their lives. Patients would have to be diagnosed by two separate doctors and be deemed mentally competent. They would also have to self-administer the medication. The law would create immunity for physicians who prescribe life-ending medicine.

The state’s legislation is modeled after a similar law in Oregon, which became the first state to enact Death With Dignity legislation in 1997. Since then Washington, California and Vermont have passed similar laws while Montana’s courts have allowed the practice.

Proponents pushing the state to pass the controversial law included Dan Diaz, the husband of Brittany Maynard, who became the face of the right-to-die movement when she moved from California to Oregon in 2014 after being diagnosed with terminal brain cancer.

Opponents of right-to-die legislation, which generally include religious groups and disability rights organizations, say it could lead to people ending their lives prematurely, as well as possible abuse by physicians or family members. 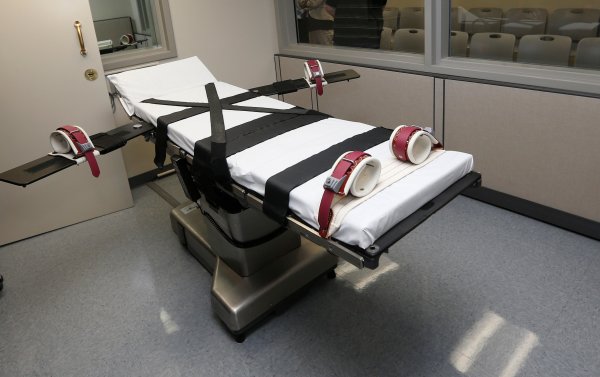 Oklahoma Votes to Add Death Penalty to Its Constitution
Next Up: Editor's Pick