The Other Reason George W. Bush Couldn't Bring Himself to Vote for Donald Trump

George W. Bush, left, and Bill Clinton wave before their meeting at the White House in Washington, D.C., on Dec. 19, 2000
Mark Wilson—Getty Images
By Nancy Gibbs

Rush Limbaugh can be forgiven for actually believing that President George W. Bush and other members of his family had voted for Hillary Clinton. (They didn’t, a Bush spokesman clarified; they left the presidential line blank, and voted for Republicans down ballot.) Over the years, the Clintons (more Bill than Hillary) had become honorary members of the extended Bush family — Bill Clinton in particular, who George W. Bush has been known to call his “brother from another mother.”

The relationship between the two families is a testament to the healing powers of the presidential crucible. Bill Clinton defeated George H.W. Bush in a bruising race in 1992, when no love was lost between them. The then-46-year-old Clinton had made repeated reference to Bush’s age; Bush called Clinton a “bozo,” and suggested that his dog knew more about foreign policy than Clinton did. In those days, that counted as insults.

Gracious in defeat, however, the outgoing President Bush left Clinton a handwritten note. “You will be OUR president when you read this note,” it said. “Your success is now our country’s success. I am rooting hard for you.” And over the years, the relationship between the two men evolved to the point that Bush suggested more than once that he might be the father Clinton never had — a notion the younger man did not dispute.

The actual family friendship began in 2004, when the younger Bush sent Clinton and his father traveling the world together to raise relief funds, first for victims of the 2004 Asian tsunami, then Hurricane Katrina. Soon Clinton became a guest at the Bush home in Kennebunkport, Maine, playing golf, spending the night, hurtling the waves on Bush 41’s powerboat. After Clinton’s heart surgery in 2004, Bush 41 was on the phone checking up on him: What do your doctors say? Are you sore? How much can you exercise? Are you using your treadmill? Clinton escorted Barbara Bush to Betty Ford’s funeral in 2011. It got to the point that even Jeb was calling him “Bro.”

“Yeah,” Clinton once mused after an encounter with the whole Bush clan. “The family’s black sheep. Every family’s got one.”

At times both men were criticized for conspiring with the enemy. Clinton told aides that he took numerous calls from Democrats who asked, in effect, “Why are you letting them use you?” Clinton would push back hard against the criticism: “This is much more important than politics.”

The friendship eventually extended to Bush the younger, when he and Clinton teamed up in 2010 to raise money after the devastating earthquake in Haiti. The elder Bush enjoyed watching his son and Clinton become friends. “They both like to get things done,” he said. “Neither is afraid to say what they think. Each considers the other a friend.”

But Donald Trump left scars on both candidates. And so both clans sure shared not only an abhorrence of what the developer would do to the nation and the Oval Office, but a resentment about how Trump played the game.

Nancy Gibbs is the editor-in-chief of TIME and, along with Michael Duffy, the author of The Presidents Club: Inside the World’s Most Exclusive Fraternity. 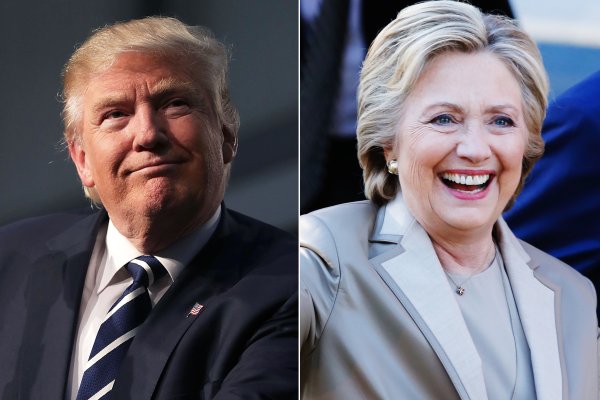 Team Clinton Ran Three Times as Many Ads as Team Trump
Next Up: Editor's Pick