Despite showing up at the polls, voters are not optimistic about either major party candidate, according to the first exit poll findings.

Just about 4 in 10 voters said they were optimistic or excited about a Donald Trump or Hillary Clinton presidency, CNN reports, and nearly 7 in 10 said they were angry about the way government works. ABC reports that 59% of voters believe Clinton is untrustworthy and 65% felt the same about Trump.

Clinton did better than Trump when asked about qualifications and temperament, but more voters felt the most important thing in a candidate this year is to bring about change than voters who felt experience is more important. A majority of voters said the economy was their most important issue, but they were evenly divided about which candidate would be the better choice with that in mind.

In terms of demographic breakdowns, exit polls show at least one marked shift from 2012, NBC reports. While Trump is leading with whites without a college degree, college educated whites, who are normally reliably Republican and who broke for Mitt Romney by 14 points last election, are now about evenly split between Trump and Clinton.

Despite Trump’s insistence that the election could be rigged, 8 in 10 voters said they were at least somewhat confident the election results would be accurate.

This exit poll was conducted for networks by Edison Research. Results are based on interviews with 15,455 voters, and have a margin of sampling error of plus or minus 2 percentage points. 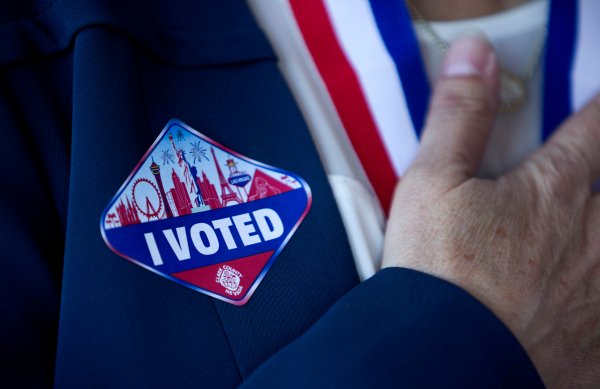 Trump's Lawsuit in Nevada Ends With a Whimper
Next Up: Editor's Pick