It may seem like everyone and their mother has publicized their political choices on this Election Day, with a landslide of celebrities jumping on the social media bandwagon to share their politics. (That, on top of a star-studded lead up to the polls stacked with big-name endorsements, voting PSAs with the likes of Leonardo DiCaprio and Will Ferrell, and partisan musical performances by Beyoncé, Jay Z, Lady Gaga and Bruce Springsteen.)

The only two mysteries remaining, it seems, are the presidential selections of Taylor Swift—and Ken Bone. Bone, the election cycle’s breakout red-sweater-wearing viral star (thanks to his appearance at the third presidential debate) has been swept up in a whirlwind of public adoration and criticism since his celebrity-making turn. He’s cashed in on his thirty seconds of memes and fame, but has stayed steadfastly mum about his ultimate presidential pick every step of the way.

On Tuesday, Bone shared that he had hit the polls and performed his civic right as a voter, which he encouraged others to do as well. His final choice, however, he refused to share. The public may never know which way he swayed. As the election comes to a close, so too does his brief, bright, and bizarre time in the spotlight. 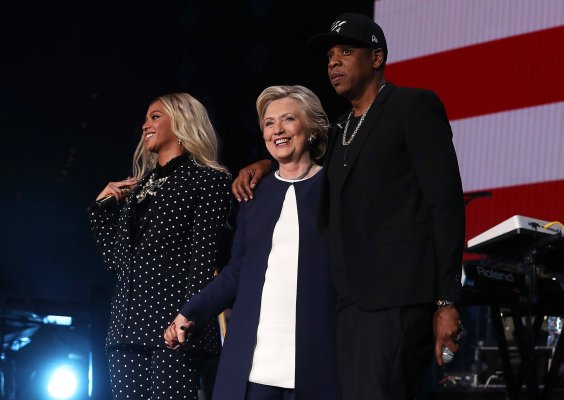 Here's How 30 Celebrities Encouraged You to Vote Today
Next Up: Editor's Pick