Two months ago, Chance the Rapper encouraged his fans to “Stay woke and vote” by offering them the option to register to vote during his Magnificent World world tour stops; now, in the wake of the presidential election, it looks like Chicago’s beloved MC and President Obama’s favorite rapper is still putting his money where his mouth is.

Following a free concert on Monday in downtown Chicago, Chance led a massive parade of voters to a polling place, where voters could participate in early voting.

ABC 7 reported that the pre-election voting in Cook County, where Chicago is located, has far surpassed records set in both 2008 and 2012 with more than 438,212 ballots cast as of Monday night.

See footage from the parade below. 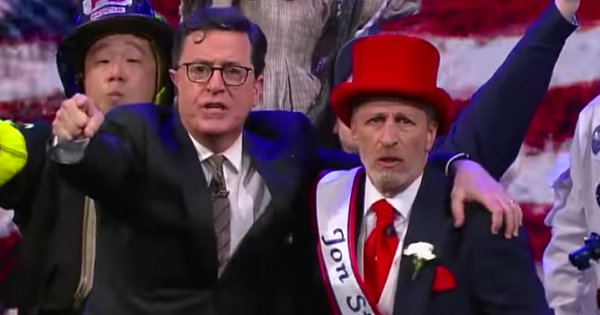 Jon Stewart and Stephen Colbert Pulled Out Every Stop Imaginable With a Musical Plea to Undecided Voters
Next Up: Editor's Pick