Indonesia's Forest-Fire Problem Is Nowhere Close to Being Solved. Here's Why

By Per Liljas / Riau

Brake lights illuminate a mound of spiny palm fruits lying beside a road outside Tesso Nilo National Park on the Indonesian island of Sumatra. Laborers are spearing them and heaving them onto the bed of a truck when two farmers approach.

“Sure, we’re growing oil palm in the national park, so what?” one of them shouts at TIME. “Foreigners always come and cause problems. If you were from an environmental organization, we would’ve smashed your car. And then you’re lucky. In the next village they would’ve killed you!”

At the moment, the threats are just that. A few months earlier, a team of forest-crime investigators stripped a nearby village before they were chased away with sticks. In August, locals detained officials investigating a fire and threatened to kill them. But the area is tense, and actual violence may only be a matter of time.

More trees are being felled in Indonesia than in any other country — most of them to create room for palm plantations. Palm oil is used for the world’s processed food, cosmetics and, increasingly, in biodiesel industries. But producing it involves clearing vast tracts of forest by burning. In 2015, flames consumed a combined area roughly the size of Massachusetts. In five months, the fires emitted more greenhouse gases than Japan or Germany do in a year; destroying orangutan and tiger habitats. The epic fires, by creating a choking annual smog that drifts across the region, may have also caused the early deaths of an estimated 100,000 people across Indonesia, Malaysia and Singapore.

Wetter weather this year — compared with the tinderbox conditions created by the El Nino phenomenon in 2015 — provided some relief. Burning in many provinces occurred at only a fraction of 2015 levels, and damp vegetation meant that fewer fires burned out of control. But at the same time, relying on something as changeable as the weather is no strategy at all.

“We have to be realistic about change,” Rolf Skar, forest campaign director at Greenpeace USA, tells TIME. “There’s no magic wand.”

In central Sumatra’s Riau province — the heart of what has rapidly become the country’s primary export earner — the problems of deforestation are made plain. To find the natural rainforest that once covered the province, you need to drive for at least three hours from the airport to Tesso Nilo National Park, one of the most biodiverse lowland forests in the world. Or perhaps it was, given that half of the forest cover has been lost since 2000.

“Every time we go on patrol we find illegal loggers,” says Ruswanto, head of Flying Squad, a WWF-sponsored group monitoring the park. “We would at least need four teams to patrol all of their entrances into the forest.”

Confrontations are testy. The Flying Squad classifies local villages as red, yellow or green, depending on their hostility, and reports logging violations to park management — but the park’s armed rangers do not always respond immediately, allowing most perpetrators to get away.

The encroachment shows no signs of abating. Earlier this year, an investigation revealed that palm oil from the park ends up in products labeled as sustainable in the West. And a report by Amnesty International released Wednesday documented labor abuses at plantations in Indonesia that allegedly supply palm oil to global brands.

Asian Agri, the owner of the local mill, claims that it cuts contact with farmers in breach of logging rules. But a Edy, the farmer who threatened TIME, says the mill only refused his fruit for a week.

In a letter to TIME, Asian Agri strongly denied any wrongdoing and emphasized its commitment to sustainable practices. It said that it did not tolerate “illegal FFB” — using the industry abbreviation for “fresh fruit bunches” — and said that it was implementing “full FFB traceability” in conjunction with an NGO, Setara Jambi.

When persuaded to talk, Edy said “We want to protect the forest too, but we need to survive.” He claimed that plantation companies have taken over his village’s land. “No one brings any solutions. They only shoot at us when they see us in the forest.”

It’s easy to pick on small-time farmers like Edy. The big players reportedly responsible for the lion’s share of Riau’s approximately 2 million hectares of illegal plantations — unregistered plots owned by people with influence — are more difficult to handle.

“Of 513 palm oil companies in Riau, 378 don’t have a valid license,” alleges Made Ali, deputy coordinator of Jikalahari, a coalition of local environment groups. “They are owned by 20 people with connections to, and protection from, political parties.”

There has been some accountability — in 2014, Riau’s governor was jailed for 14 years, in part for improper handling of forest permits — but there has been little actual change.

Since last year’s fires, Jakarta has launched a string of initiatives. The national anticorruption agency is zeroing in on affected provinces like Riau. District officials have been told they will lose their jobs if they are unable to control fires. Law enforcers have doubled the number of people arrested in connection with forest fires. An agency has been created to monitor and restore destroyed peatlands. (Drained for cultivation, these areas can burn several meters underground, making them the chief contributor to the seasonal haze that blankets this part of Southeast Asia.) President Joko “Jokowi” Widodo has also promised to issue a new moratorium on further deforestation before year’s end.

“If translated properly into law, this could be a game changer,” says Arief Wijaya, climate-and-forests associate of the environmental organization World Resources Institute (WRI).

Hopes are best kept tempered. The last moratorium, from 2011, did not cover the vast amount of forest that companies had already been approved to clear. Neither were violations subject to criminal punishment. More drastic measures face opposition from those within the administration who claim that a comprehensive ban on deforestation would hurt the vital palm oil industry. But last year’s fires cost Indonesia at least $16 billion — almost as much as its annual palm oil exports, and double the cost of damage and losses from the 2004 tsunami. If Indonesia is successful in curbing its CO2 emissions, the country could even expect an inflow of funds. Norway, for one, has promised $1 billion as part of the U.N. initiative REDD+. (An equivalent pledge to Brazil in 2008 accelerated a precipitous drop in deforestation of the Amazon.)

“As soon as the moratoriums are implemented, we are ready to release our funds,” Vidar Helgesen, the Norwegian Minister of Environment, tells TIME.

Read More: How Indonesia’s Fires Are Choking the World

For proper implementation, improved law enforcement is crucial. A dozen companies have been taken to court for involvement in the 2015 fires, but only one was found guilty. Activists on the ground report an unwillingness by police to advance cases, because evidence collection is difficult. This feeds a climate of impunity, and is aggravating relations with neighboring countries. Singapore is hit with debilitating haze every year. In 2015, air pollution reached hazardous levels, closing schools and costing the city-state an estimated $517 million in economic losses. It spawned the campaign We Breathe What We Buy, which led to supermarkets banning Indonesian agribusiness products.

As the financial center of the region — and hub for many of the agribusiness conglomerates — Singapore’s signals carry weight. In July, Indonesia’s pulp-and-paper giant APP, which has been targeted by Singaporean campaigns, announced a $20 million investment in fire prevention and monitoring. This year, fires in its concessions reportedly dropped greatly.

Technology is playing increasingly important role in monitoring the fires. Global Forest Watch has developed a satellite model that is used by the Singapore government, mapping out land types, concession rights and fire hot spots. With it, the city-state and others are able to track the direction and origin of smoke plumes. In August, a group of NGOs used satellite imagery to pin a South Korean company to the burning of 50,000 hectares of virgin rainforest in the eastern provinces in Papua region and Maluku Islands.

At the same time, connecting the data with specific companies can be tricky. Land permits have been handled in such a haphazard way that authorities use several competing maps. Reconciling them has proven hard.

“The technology is there,” Greenpeace’s Skar tells TIME. “But there are elements within the government that benefit from status quo.”

There are other problems that need to be solved. Vast deforested tracts are still officially labeled state forest. Changing their designation could improve their management.

Hundreds of land disputes also need to be settled. Many hark back decades, to a government scheme to alleviate poverty and boost agribusiness. The scheme peaked in the 1980s when millions of poor people were moved from overpopulated areas of the archipelago to the scantily populated forests, where they were assisted to start and manage commercial plantations.

Land rights of locals, especially indigenous people, were often ignored or sidestepped. The development has pushed most Orang Rimba, an ethnic group on Sumatra whose name literally means the “people of the forest,” to a life of poverty in remote areas.

“The people from Java came here and gave my parents rice and cassava, and asked them to move to another part of the jungle,” Nggilo, chief of an Orang Rimba tribe in Jambi province, tells TIME.

“It feels like we’ve been murdered in our own homes.” 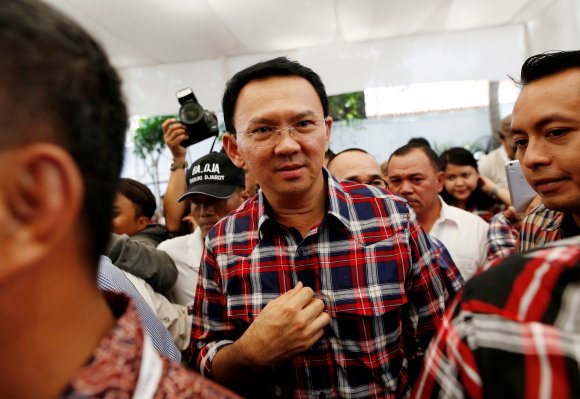