Don't Let This Election Ruin Politics for You

Scott Warren is the CEO of Generation Citizen

Gary Blank is the Vice Chair of the Board of Generation Citizen and the former Chief of Staff to the Council of Economic Advisers under George W. Bush

The seemingly interminable 2016 presidential election has finally come to a close, with Donald Trump pulling out an astonishing victory. Some in our country are excited. Some are nervous. Our country is as divided as it has ever been. And now, regardless of opinions about the outcome, it is up to all of us to get to work.

In an increasingly polarized country, one of the only areas of consensus was the recognition that our democracy is not working. Citizens are frustrated by the lack of progress on issues including the economy and immigration, and trust in Congress is at an all-time low. The culmination of this political disillusionment was one of the ugliest presidential races in recent history, between two candidates with unprecedented unfavorable ratings. Many people are sick of politics, especially as they wake up this morning.

But it is irresponsible and disempowering to blame our political problems solely on politicians. We can all help suggest better solutions and play a part in creating a new, more positive politics. Starting today.

Democracy works best when more people are engaged, and our collective disengagement leads to real policy consequences. For example, the vast majority of people in this country want some form of common-sense gun reform, but NRA members engage by voting and contacting elected officials. Social Security reform is another issue that might advance differently if all ages were more engaged.

While we all are a part of the problem, we can—and must—be part of the solution. Today, regardless of disappointment or political exhaustion, the best way to channel this discontent is not to divorce from the process. The solution is to become even more political. Today, we must each decide how we will respond to the results. Will we continue to be disappointed, and just complain? Or will we use the collective frustration as motivation for engaging anew in the political process?

No president can solve all of our problems on their own. We have a tendency to pin too many of our hopes and dreams on one candidate to solve all of our collective challenges. This may have happened with young people when President Obama was elected in 2008. His inability to fix everything created a sense of political disillusionment.

One way to re-engage citizens is to emphasize the ability of local elected officials to solve local problems. There are around 500,000 elected officials in this country. Many, like School Board members and City Councilmembers, can affect our everyday lives as much than the president. Their elections may not have been as exciting as the presidential race, but educating individuals on the ability of local officials to solve problems is a crucial way to boost political engagement.

Another solution is to emphasize the real impact that comes from regular people taking simple actions. From our respective work in a Congressional office and founding an organization devoted to action civics in the classroom, we have witnessed that political engagement is open to everybody—if people show up. It is a learned experience: engaged, active citizens are created, not born.

In a world of instantaneous gratification, the only way to affect change in the political arena is dogged and persistent determination—bills are not passed overnight. Any citizen can ask for an appointment, politicians read hand-written constituent letters, and persistence can pay off. Despite the perception otherwise, elected officials do care about the opinions of voters.

We are not calling for unity. These are real issues and people should still disagree. We come from different sides of the aisle—one of us worked in President George W. Bush’s administration, and the other actively volunteered to get Barack Obama elected. But we have also realized that all of us are increasingly in our own bubbles.

Part of political engagement is having hard conversations and understanding divergent perspectives. While free trade is objectively statistically positive for the economy, it can have real negative impacts on certain industries and workers. We do need to take steps to improve our environment, but there are real consequences for coal regions in the rust belt that are too often glossed over and dismissed. We need testing in our schools to instill accountability and gauge performance, yet there is too little understanding of the unintended consequences of how testing is used. Breaking out of these bubbles, and empathetically understanding the perspectives of our fellow citizens, is crucial.

Despite our collective aversion to politics, we must actually double down and engage more. The responsibility to create a better politics lies with us as individuals, and we all need to act, starting today. 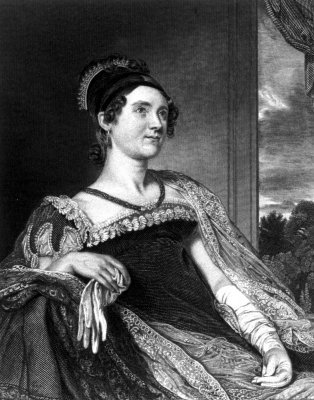 Meet the Only First Lady Before Melania Trump Not to Have Been Born in the U.S.
Next Up: Editor's Pick