An inmate stands against a fence on California's death row at San Quentin State Prison in San Quentin, Calif., on Dec. 29, 2015.
Stephen Lam—Reuters
By Josh Sanburn

The future of the death penalty will be on the ballot in three states Tuesday, potentially affecting more than one-quarter of the nation’s death-row inmates.

California, Nebraska and Oklahoma will vote on four capital-punishment ballot measures at a time when support for the death penalty nationwide is at all-time lows. Just 49% of Americans say they support capital punishment, the lowest figure in four decades, while 42% oppose it, according to the Pew Research Center. Support has fallen 7 percentage points in the last year and a half following a series of botched executions and a Supreme Court case challenging execution-drug combinations in Oklahoma. The number of executions, meanwhile, have hit their lowest levels in two decades thanks to drug shortages and lengthy death-row appeals processes.

But in two states — California and Nebraska — the death-penalty measures may generate confusion for voters. California will vote on two separate referendums, one that would repeal capital punishment and another that would leave it intact but speed up the process, while in Nebraska, the measure’s language has led to public-education campaigns to make sure voters understand what they’re reading.

The most watched vote will be in California, which houses roughly 25% of the country’s death-row inmates. The California ballot will include Proposition 62, which would repeal the death penalty and replace it with life without parole, and Proposition 66, which would speed up the appeals process in part by hiring more attorneys to represent inmates.

California voters rejected a referendum in 2012 that would’ve repealed the death penalty. But in 2014, a federal judge ruled that the way California carried out capital punishment violated the Eighth Amendment’s ban on cruel and unusual punishment because it was “plagued by inordinate and unpredictable delay.”

This year, it’s possible that both measures could pass with majority votes, meaning the state would end up both repealing the death penalty and affirming it, potentially creating confusion for the entire system. But the more likely outcome is that neither will pass. A USC Dornlife/LA Times poll shows support for Proposition 62 to get rid of the death penalty at just 44%, with 45% opposed. Proposition 66 to speed up the appeals process appears to have even less support at 35% in favor vs. 42% opposed along with 21% of people saying they either didn’t know how to vote or refused to answer.

Supporters of repealing the death penalty point to potential cost savings of hundreds of millions of dollars a year and routinely mention the $5 billion the state has spent on capital punishment since 1978. The state’s nonpartisan Legislative Analyst’s Office calculated that the proposition could save the state $150 million a year. Supporters of the proposition to speed up appeals also claim millions in savings because it would cut down on the increased costs involved in housing death-row inmates for long periods. But the Legislative Analyst’s Office says the savings are unknown, according to the Los Angeles Times.

Oklahoma, which has the highest execution rate per capita, has been at the heart of the nation’s debate over the death penalty since the 2014 botched execution of Clayton Lockett. He was the first inmate executed with the controversial sedative midazolam, which critics say doesn’t effectively sedate prisoners. State executioners also failed to properly inject Lockett, and he eventually died of a heart attack 45 minutes after the execution began. That led the state to impose a temporary moratorium on lethal injection and rewrite its drug protocol. Oklahoma’s drug combination also survived a Supreme Court case brought by death-row inmates who said it violated the Eighth Amendment’s ban on cruel and unusual punishment.

Oklahoma voters on Tuesday will consider State Question 776, which would create an entirely new section in the state’s constitution affirming the death penalty’s use while explicitly saying that it “shall not be deemed to be or constitute the infliction of cruel or unusual punishment.” Supporters say it prevents state courts from deeming the practice unconstitutional, but opponents believe the measure challenges Oklahoma’s checks and balances by pre-empting potential court decisions.

Robert Dunham, executive director of the Death Penalty Information Center, a nonprofit that collects data on capital punishment, says it would be the “first time that any state constitution would seek to prevent the state courts from enforcing constitutional prohibitions in capital cases.” He adds that he expects the referendum to pass but argues that it’s a sign that the legislature may view the death penalty as in decline and at risk of being repealed.

In Nebraska, the state’s death-penalty wording is already leading to confusion because it’s essentially written as a double negative.

In 2015, state legislators passed Legislative Bill 268, which eliminated the death penalty and changed the state’s maximum penalty to life imprisonment. Days later Governor Pete Ricketts vetoed the legislation, but state lawmakers overrode the governor. Ricketts, with help from his father Joe, a billionaire political activist, spent hundreds of thousands of dollars in an effort to get the death penalty on the ballot this year, which would effectively restore his veto.

A vote for “retain” means keeping the legislation and eliminating the death penalty, while a vote for “repeal” will do away with the bill and keep capital punishment.

Brian Kruse, the election commissioner in Douglas County, home to Omaha, says he’s spoken to a number of voters in the past couple of weeks who have appeared confused by the language.

“We believe the ballot language is confusing,” says Chris Peterson, campaign manager for Nebraskans for the Death Penalty. “We’ve stressed the need to vote ‘repeal’ to keep the death penalty in our TV and radio advertising as well as social media.”

Dan Parsons, a spokesperson for Retain a Just Nebraska, says his group has similarly urged voters to vote “retain” but says, “We are confident Nebraska voters are educating themselves on the issue.”

There hasn’t been any public polling on Nebraska’s ballot measure, but Dunham of the Death Penalty Information Center says there’s a tendency to vote no on a ballot referendum when there’s confusion, which could potentially benefit the “repeal” side looking to keep the death penalty. 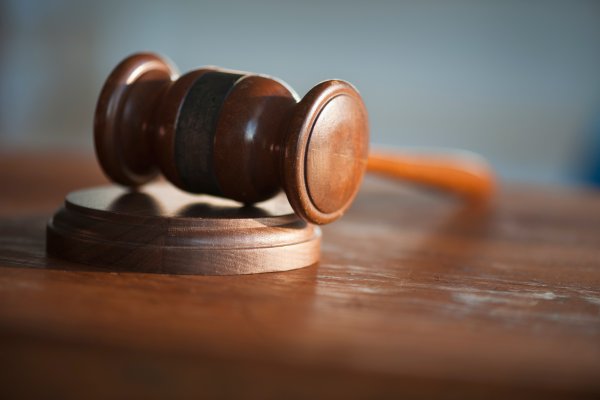 Jury Awards $36.6 Million to Man Who Was Assaulted in Michigan Jail
Next Up: Editor's Pick