Google's Driving App Is Now Available to All Android Users

The smartphone version of Android Auto offers a driver-friendly interface with minimal distractions. Incoming texts are read aloud, while you can choose to quickly reply to messages with an “I’m driving” message. Google will add hands-free voice control “in the coming weeks,” the company says.

“Whether your phone is connected to a compatible car display, or placed in a car mount on the dashboard, Android Auto brings your favorite apps and services into one place, making them accessible in safer and seamless ways,” reads a Google blog post announcing the new app. “You can bring your music with you with apps like Spotify, Pandora or Google Play Music, and make calls or send messages with hands-free voice commands. And of course, get turn-by-turn directions to your next destination with Google Maps.”

Apple offers a similar vehicle infotainment system called CarPlay, but it has not announced plans to bring a driving mode to the iPhone itself. 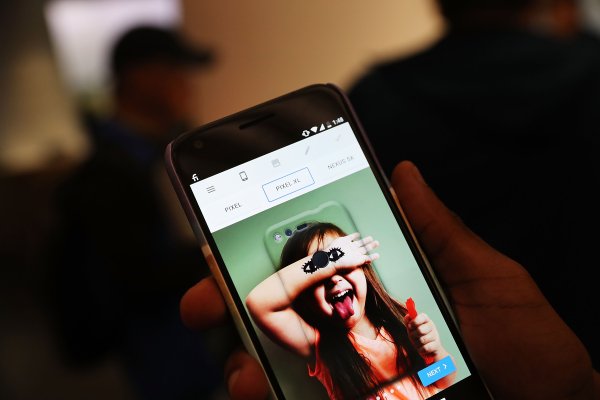 Google's Android App Store Is Getting a Big Overhaul
Next Up: Editor's Pick