If you’re gunning for a new 5K PR, you may want to check the scale—for the weight of your shoes, that is. A new study shows that people run slower when wearing heavier sneakers, even if the difference is just a few ounces.

It’s long been known that wearing heavier shoes makes runners work harder, and experts have theorized that that would slow them down. (One oft-cited estimate is that for every ounce a runner shaves off her sneakers, she’ll run one second faster per mile.) But researchers at the University of Colorado Boulder wanted to find out for sure if this was true.

The researchers recruited 18 competitive runners to complete 3,000-meter time trials (about two miles) on an indoor track, once a week for three weeks. Unbeknownst to the runners, small lead pellets were sewn into two of the three pairs of racing flats they wore.

By themselves, the shoes weighed 7 to 8 ounces each, depending on size. The pellets added about 3.5 ounces (or the weight of a deck of cards) per shoe for one pair, and about 10.6 ounces per shoe for the second pair.

Health.com: 3 Signs You Need a New Pair of Running Shoes

To help prevent the runners from detecting extra weight, the researchers put their shoes on for them. Still, the runners noticed the difference. In their time trials, they paced themselves differently—and ran about 1% slower—for every 3.5 ounces of lead added per shoe. The researchers calculated that elite runners wearing shoes 3.5 ounces lighter than normal could potentially run a marathon about 57 seconds faster.

The study also measured how much energy the runners expended by testing their oxygen consumption and carbon dioxide production as they ran on a treadmill wearing each pair of shoes. The results compared well with previous studies—and matched the results of the indoor-track time trial—showing that energy costs rose by about 1% with each 3.5 ounces of extra shoe weight.

Health.com: How to Train for a 5K Race in Just 4 Weeks

Don’t go out and buy a new pair of running shoes just yet, though. The researchers note that lighter shoes won’t necessarily make a runner faster. The team’s previous research has shown that proper cushioning also reduces the energy cost of running—so swapping out foam or other padding for a super-streamlined design could potentially backfire. (Studies have also found that switching to barefoot-style minimalist shoes can raise some runners’ injury risk.)

“Lighter is not always better,” said lead author Wouter Hoogkamer, PhD, a researcher in CU’s Locomotion Laboratory, in a press release. He recommends that shoppers keep this trade-off in mind when choosing a running shoe that feels good—lightweight still but adequately cushioned—on their feet.

The study was funded by Nike and published in the journal Medicine & Science in Sports & Exercise. 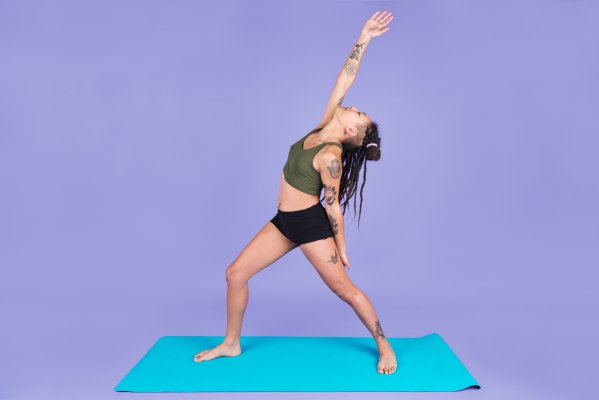 How Exercise Makes Your Job Less Stressful
Next Up: Editor's Pick