Why the Children of Nigeria's Borno State Are Missing

There are almost always small children buzzing around the camps that get set up for internally displaced persons. While the circumstances vary among the locations where our medical teams work in Borno State, the absence of young children remained constant in the places we visited. We saw only older brothers and sisters. No toddlers straddling their big sisters’ hips. No babies strapped to their mothers’ backs. It was as if they had vanished.

So where have these children gone?

In 2013 and 2014, people throughout northeast Nigeria fled their homes to escape attacks by Boko Haram. They arrived in the thousands in Maiduguri, Borno State’s capital, flocking in from outlying towns and villages. The Nigerian government launched a counteroffensive in 2014, which intensified the following year. As the fighting engulfed the region, millions more were uprooted. Many crossed into neighboring countries or sought sanctuary in newly established camps. Farmers could not work their land, trade routes were shut down, and markets emptied. The flow of resources into Boko Haram-held areas was entirely cut off. Stripped of any means of survival, some starved.

A lack of food and essential nutrients has led to unprecedented malnutrition rates. Malnutrition can wipe out a person’s resistance to common diseases, particularly among the very young and the very old. Not surprisingly, then, an outbreak of measles is spreading unchecked, the rains have brought malaria, and diarrhea and acute respiratory failure are taking a frightful toll. The result is that a portion of this population has indeed been largely wiped out.

In June 2016, the Nigerian government finally declared a nutritional emergency in Borno State. But the people who starved when they were trapped in Boko Haram-held areas are still starving.

During our visit, we heard the same story over and over again—how displacement sapped people’s strength and resources, and how toddlers and infants died or were likely to soon die from malnutrition compounded by infection and preventable disease. They are victims of hunger.

Everywhere we went, every person of every age asked for the same thing: food. Not water, not shelter, not medicine. They want food.

Nutritional screenings carried out in several locations in Borno from May to October revealed that up to 50% of children under 5 are acutely malnourished. The figure is staggering in its scope and alarming beyond measure.

The people in Borno State need help, in Maiduguri and beyond. The capital has an airport and road links, yet the price of staple foods has skyrocketed over recent months. An increasing number of households—residents and the displaced—simply cannot afford to eat.

And it is difficult to deploy aid outside the capital. Areas are isolated and fighting still rages around settlements already burned to the ground. The risks our teams take to reach people in places like Bama, Dikwa, Gwoza and Pulka are borderline acceptable to us. Travel by road is out of the question because of insecurity; access by helicopter is the only option.

Yet our teams assume the risks because another planting season has come and gone, markets remain empty, health staff have fled, and medical facilities have closed. People are desperate for food, and they require medical aid, including large-scale measles vaccination campaigns, and other preventative actions to protect children.

The government of Nigeria has recognized the scale of this humanitarian crisis. Now it must prioritize the provision of aid directly to the people of Borno State. A massive aid deployment must take place immediately. And given the challenges involved, U.N. agencies, particularly the World Food Program, must also scale-up interventions.

Measures must be taken to ensure people can reach aid in safer locations, which need to be flooded with food. And they need the freedom to move around. But it is too early to send malnourished people back to places that are largely closed off and are, at best, receiving only a trickle of aid.

As things stand, children under 5 fighting for their lives face an extremely bleak and possibly quite limited future. Older children and weaker adults are next in line. Yet we still do not know the full magnitude of this manmade crisis. Pockets of people remain cut off and we have no idea what condition they are in. Aid needs scaling up today, including by MSF. And it must continue tomorrow. And the day after that. Until the needs of Nigeria’s people are met. 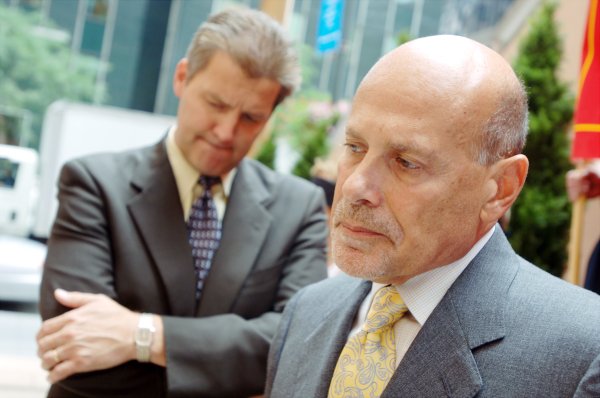 Iran Hostage Survivor: The Next U.S. President Must Be Hard-Line on Iran
Next Up: Editor's Pick