What to Know About Todd Kohlhepp, Quadruple Murder Suspect Accused of Chaining Woman Up

Todd Kohlhepp's enters the courtroom of Judge Jimmy Henson for a bond hearing at the Spartanburg Detention Facility, in Spartanburg, S.C. on, Nov. 6, 2016.
Richard Shiro—AP
By Melissa Chan

A South Carolina man who was arrested last week after local authorities found a woman chained up inside a locked storage container on his property has allegedly confessed to killing four people in a cold case that mystified law enforcement and the local community for 13 years. Authorities have found two bodies buried on his property and are continuing to dig this week in search of more.

Here’s what to know about the latest revelations:

Who is the suspect?
Todd Kohlhepp, 45, was arrested last Thursday after deputies discovered a 30-year-old missing woman named Kala Brown “chained up like a dog” inside a container on his property, where she said she was held for at least two months. Brown had worked for Kohlhepp, who is a registered sex offender after he was convicted in 1986 of kidnapping a 14-year-old girl in Arizona, according to the Associated Press. He now faces multiple new charges, including one count of kidnapping, along with at least four counts of murder in an earlier cold case, according to the Spartanburg Sheriff’s booking records.

What was his confession?
While in custody,Kohlhepp claimed responsibility for a separate incident—a quadruple homicide in 2003 that became known as the Superbike murders, Spartanburg County Sheriff Chuck Wright said at a news conference Saturday night. Brian Lucas, Scott Ponder, Beverly Guy and Chris Sherbert were murdered on Nov. 6, 2003 at Superbike Motorsports in South Carolina; the owner, service manager, mechanic and bookkeeper of the shop were shot to death execution-style inside the store, Wright said. The case that had stumped authorities for more than a decade was even featured on America’s Most Wanted in 2012. But even a national TV audience and a $25,000 reward couldn’t lead to the arrest of a suspect, until Brown warned detectives after her rescue that there might be other victims. “We signed four warrants on Todd Kohlhepp today with a confession that he did this crime,” Wright told reporters. “I don’t mind telling you that this is a pretty big deal.” Wright described Kohlhepp’s demeanor as “calm” and “remorseful.” “That’s about it,” he said.

The wife of one of the Superbike victims praised Brown for the suspect’s capture and credited her for enabling the victims’ families to finally get answers. Melissa Brackman—who was married to Ponder, the shop’s owner—said she had “made peace” that she would never find out who killed her husband, according to CBS News, but she still had the lingering question of what had happened. “She’s the hero,” Brackman said of Brown. “She stayed alive for two months. In a pure hell. And if she had not been found alive, we wouldn’t be sitting here having an interview right now.” In another interview with the AP, Brackman said: “It isn’t closure, but it is an answer. And I am thankful for that.”

How many bodies have authorities recovered?
Local authorities over the weekend found two dead bodies on Kohlhepp’s property after the suspect personally directed them to the pair of graves. One of the victims, found Friday, has been identified as Brown’s 32-year-old boyfriend Charles Carver. Brown and Carver went missing in late August. Brown told detectives that her captor allegedly shot and killed her boyfriend in front of her, a prosecutor said. “She told us this individual did kill him in her presence,” prosecutor Barry Barnette said in court, according to the AP.

Spartanburg County Coroner Rusty Clevenger said Carver had been shot multiple times and described the site where he was buried as “gruesome,” the Spartanburg Herald-Journal reports. “I wouldn’t want anyone’s family to see this,” Clevenger said.

The “human remains” of the second victim, discovered in a wooded area, have not yet been identified. Wright and Clevenger said at a Sunday news conference that details surrounding the gender, cause and timeline of the victim’s death are still unclear.

What happens next?
Authorities are continuing their investigation, which Wright said is not being confined to South Carolina. That includes excavating Kohlhepp’s roughly 96-acre property, the Herald-Journal reports. The FBI and Homeland Security are also aiding the investigation. “We’re not close to being done with all the things that we have to do. We’re just not,” Wright said.

Investigators are also looking into whether Kohlhepp’s reviews for Amazon products, including padlocks and knives, could be linked to any of the deaths, according to USA Today.

Kohlhepp has not yet been charged with Carver’s shooting death. He has been denied bond for the four Superbike murders and the kidnapping, and both matters have been sent to a circuit court judge for deliberation. Spartanburg County Magistrate Judge Danny Burns said Kohlhepp will be arraigned on Jan. 19, according to the Herald-Journal. 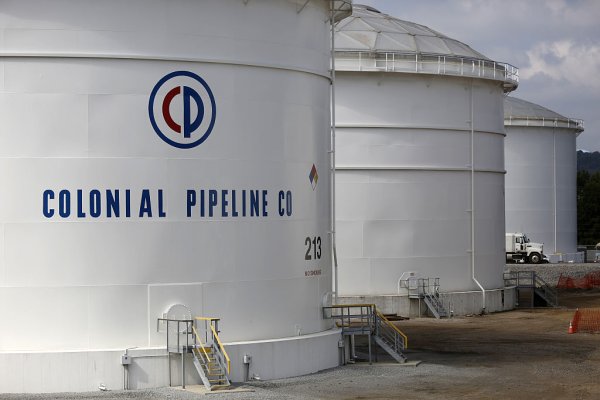 Colonial Restarts Gas Pipeline After Explosion
Next Up: Editor's Pick