Donald Trump Is an Existential Threat to America and the World

Jonathan Granoff is President of the Global Security Institute

By invoking a return to an imaginary past and ignoring reality, Donald Trump is putting at risk a sustainable future, not just for America and its economy, but for the very survival of civilization. As a citizen, not in my official role as president of the Global Security Institute, I am concerned about what a Trump presidency would mean for our future.

Truth matters in the real world; it does not matter as much in reality television. There are very pressing threats to human survival that can only be addressed with clear-eyed realism. Seeking to make America great while risking destroying the world is hardly a viable approach to our future.

Here are two issues that affect every person on the planet, recognize no borders and cannot be solved by America alone.

More than 50% of our oxygen is supplied by the phytoplankton of the oceans. The effect of climate change could be far more disastrous than flooding of coastal cities, disruption of agriculture, spread of tropical diseases, local resource wars and social disruption caused by collapsing economies. It could raise ocean temperatures and change the oceans from alkaline to acidic, and, by disrupting the ability of phytoplankton to generate oxygen, in effect, suffocate humanity. Trump has denied the clear science on this issue.

There are more than 15,000 nuclear bombs in the world. Only nine nations have them. If less than 1% were to explode, throwing tons of debris into the stratosphere, the earth’s agricultural capacity will be so adversely impacted that we would starve. Trump, rather than showing a clear understanding of this threat, has suggested proliferating nuclear weapons to Japan and South Korea.

Hillary Clinton recognizes these real issues and focuses on their human consequences, especially their immediate impact on woman and children. She also recognizes that we have a duty to future generations. In this election cycle, which has been filled with ugly name calling, she has not always put forward programs to adequately address these existential threats. But is she capable of addressing them? Absolutely.

This election will affect generations to come. We should consider their interests, too. Trump seems incapable of remembering a policy he suggested a few days ago and readily contradicts himself. Can we expect him to champion policies for a sustainable tomorrow?

Entertainment, like dessert, in reasonable amounts, will not cause much harm. But driving a real car on a real road with an imaginary map will lead to catastrophe. 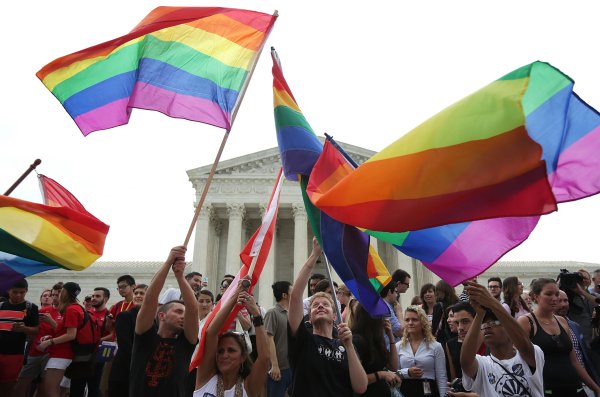 Loving, Marriage Equality and the President You Choose
Next Up: Editor's Pick