4 Ways to Become a Better Parent, According to Science

Getty Images; Illustration by Kirsten Salyer for TIME
Ideas
By Eric Barker
Barker is the author of Barking Up The Wrong Tree

Every parent asks it at some point: What is going on in my kid’s brain?

And if you don’t understand kids it can be hard to give them what they need to thrive. Lately the trend has been helicopter parenting and trying to get them ready as soon as possible for an increasingly competitive world.

Alison Gopnik is a professor of psychology at the University of California, Berkeley and one of the leading experts on raising kids right. Her new book is The Gardener and the Carpenter: What the New Science of Child Development Tells Us About the Relationship Between Parents and Children.

As a mother and grandmother, she’s well aware that just because we’ve all been kids doesn’t mean we always know what they need from us. In fact, much of what’s required can be downright contradictory.

So what does the science say about what’s going on in kids’ brains and what they need from you as they grow up?

Be A Gardener, Not A Carpenter

The current trend of micro-managing every bit of a child’s existence and being a helicopter parent isn’t the answer. Strict, well-managed plans don’t work with kids and they’re not the best thing for them. Why?

Because most of the fussy detail-oriented stuff that parents engage in has no effect whatsoever.

So if Patton-like plans of attack don’t work, what’s the perspective to take?

Turns out active “parenting” is a dirty word. Raising kids isn’t a measured, perfectionist activity like carpentry. It’s more of a loose, sculpting process like gardening.

Turns out that nature has built a pretty good system in the developing brain. It slowly moves from exploring the world to something that is ready to exploit that knowledge.

(To learn the 4 parenting tips that will make your kids amazing, click here.)

So you’re not scheduling every minute of your kid’s time and trying to turn them into a doctor or a lawyer from the moment their eyes open. Good.

But as their brains slowly transition from “explore” mode to “exploit” mode, what do you need to do to help them?

Kids Under 6? Let Them Play.

Little kids don’t need to be taking SAT prep courses yet. They need to build forts, have tea parties, roughhouse and pretend.

Let’s talk about rat brains for a second. Just like in humans, parts of their prefrontal cortex are devoted to social coordination. If those areas of the brain are physically damaged, how do the rats act?

The same way rats deprived of play do.

Even play that seems downright weird at first glance serves a purpose. Research shows kids who have imaginary friends don’t end up crazy — they end up far better at understanding other people.

Young kids are actually little scientists and play is how they do their experiments.

Children don’t focus on established rules. They pay attention to what violates their little toddler hypotheses about how the world works. And that’s how they improve their ideas about life.

You, on the other hand, are probably a bad scientist. We adults are far more likely to engage in “confirmation bias” — looking for things that support our beliefs, as opposed to ideas that challenge them. And that’s one of the reasons why kids learn so much faster than we do.

So how do you use this info to make junior an even better scientist? Your mission, should you decide to accept it: Give them a safe environment to play. Give them interesting things to play with. And play with them.

But when you play with young children, the tyke has to lead and you have to follow.

When a little kid is explicitly taught, the play part of their brain shuts down. And they only learn exactly what you teach them. But when it’s a game, when you stop instructing, they explore and absorb much more.

You can’t make young children learn. You can only provide a protected space filled with love and let them learn.

(To learn how to raise happy kids, click here.)

Okay, so you’re not “teaching” a 4 year-old, you’re engaging in guided play. But what do you do with a 6 year-old?

Once kids are ready for school, they need to start balancing their natural exploration with practice in skills that will allow them to function in the world.

Now’s the time to start showing them how to do stuff. You teach them something, they imitate, you correct them.

Kids under 6 can’t focus. They’re not supposed to. They’re exploring this new world.

But after 6 their brain starts to develop some control. Helping them master simple skills increases this ability that will be vital as they get older.

(To learn how to be a better parent, click here.)

And now in the gameshow of parenthood, we move to the challenge round: the teen years. What the heck is going on with the teenage brain? And what do you need to be focused on to get them ready for adulthood?

Neuroscientists believe there are two separate systems in the teenage brain: 1) motivation, and 2) control.

The motivation part kicks in real fast when those hormones start transforming them into adults. Adolescent brains are actually very similar to those of junkies.

Their grey matter is highly sensitive to rewards. Good things feel much much good-er to teenagers.

The second system, control, allows them to direct that energy toward good uses. Sadly, this system takes a lot longer to develop. And that’s why teenagers have the reputations they do.

But teenagers weren’t always such terrors. Part of it has to do with their place in society. Adolescence, as a time of life, was only created in 20th century. Before that you were either a child or an adult. No transition.

And they weren’t just surrounded by other teenagers. They had adults to guide and train them and they worked. Being a teen meant learning how to accomplish goals without your parents.

Plain, and simple, they had something to do with all that motivation instead of just crash the car, get pregnant and burn the house down.

So now that the world has changed, what’s the best way to help teens? More homework and extracurriculars aren’t the answer. They need the modern day equivalent of apprenticeships: internships.

Something resembling real work where they can build skills, achieve goals and put that energy to productive use so the “control” system of their brain can get a handle on their relentless motivation to achieve rewards.

Alright, we’ve learned a lot about how kids learn. Let’s round it all up…

Here’s what you need to focus on to be an awesome parent:

These phases are critical for kids. But it’s a mistake for us to ignore them for ourselves as adults.

We all could use some playtime. We all benefit from learning new skills. And we all should embrace new challenges in the world. As Dr. Seuss said: 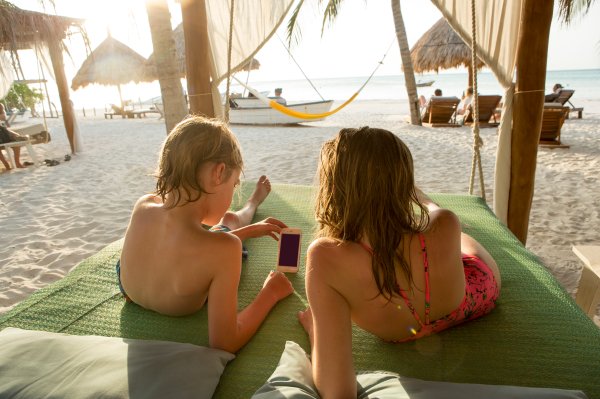 How We're Endangering our Kids' Imaginations
Next Up: Editor's Pick