An Australian police patrol caught a break from the usual beat when a woman handed over a backpack containing a baby koala.

Queensland’s Upper Mount Gravatt Tactical Crime Squad were in the process of detaining the 50-year-old woman for “outstanding matters” when they asked if she had anything to declare. The woman then gave them a canvas bag containing the joey.

Alfred, as he is now known, is thought to be around six months old and is reportedly in good health despite signs of dehydration. “He’s been on fluids but is doing well and will shortly be going out to a carer,” said an RSPCA spokesperson.

The detained woman said she was taking care of the koala after finding it the night before on a local road. Koalas are protected in Australia under the Nature Conservation Act. 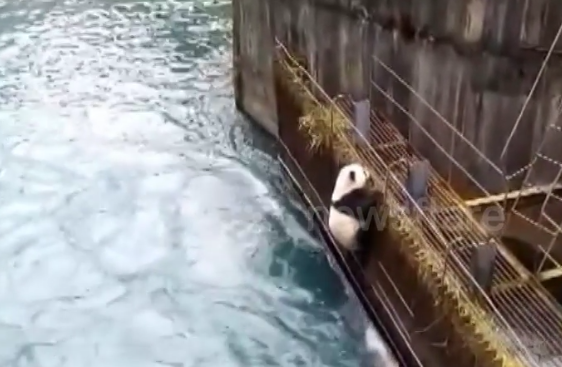 Watch This Panda’s Dramatic Rescue After It Fell in a Dam
Next Up: Editor's Pick