Donald Trump addresses the crowd during a campaign stop at the Minneapolis International Airport in Minneapolis on Nov. 6, 2016.
Charles Rex Arbogast—AP
By Tessa Berenson

In a pitch to suspend the nation’s Syrian refugee program, Donald Trump said Minnesotans have “suffered enough” from accepting Somali immigrants into their state.

“Here in Minnesota you have seen firsthand the problems caused with faulty refugee vetting, with large numbers of Somali refugees coming into your state, without your knowledge, without your support or approval,” Trump said at a Minneapolis rally Sunday afternoon.

He said his administration would suspend the Syrian refugee program and not resettle refugees anywhere in the United States without support from the communities, while Hillary Clinton’s “plan will import generations of terrorism, extremism and radicalism into your schools and throughout your communities.”

Read More: The Syrians Next Door

Minnesota is home to nearly one in three Somalis in the United States, according to 2010 American Community Survey data.

Trump’s Minnesota rally came within hours of the FBI announcing its review of newly discovered Clinton emails did not change its original conclusion to not recommend criminal charges. Trump did not address the FBI’s new statement. 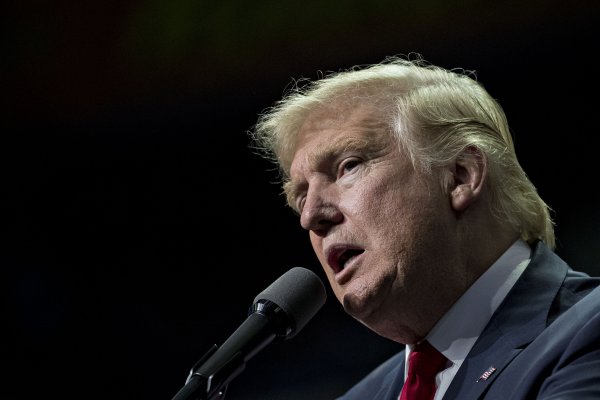 Tabloid Covered Up Story of Trump Affair: Report
Next Up: Editor's Pick