A girl in the audience holds a figurine of Democratic presidential candidate Hillary Clinton as Clinton speaks at a rally at Goodyear Hall and Theater in Akron, Ohio, on Oct. 3, 2016.
Andrew Harnik—AP
By Mahita Gajanan

Whether she wins the general election or not, Hillary Clinton has the kids’ vote in the bag.

Children nationwide chose Clinton as the winner of Nickelodeon’s 2016 Kids Pick The President “Kids’ Vote.” The Democratic candidate got 53% of the vote, while Donald Trump received 36%. Libertarian candidate Gary Johnson got 11% of the vote.

Nickelodeon’s Kids Pick The President initiative is designed to “amplify kids’ voices and opinions and raise their awareness of the electoral process,” according to the network. A total of 905,928 kids voted online between Oct. 28 and Nov. 5, and results were announced on Nickelodeon’s platforms Saturday night.

Kids have correctly chosen the next U.S. president for six out of the last seven presidential elections since 1988, according to Nickelodeon — though they picked John Kerry over George W. Bush in 2004. 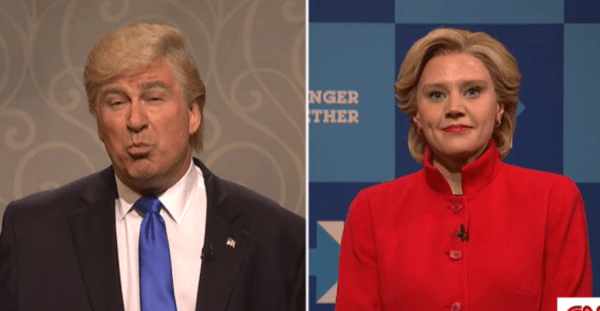