What It's Like Inside the World's First Emoji Convention 😜

The high and low collided at the world’s first emoji convention in San Francisco on Saturday, and the result was 😎😎😎.

Linguists, emoji designers from tech powerhouses like Google and officials from the Unicode Consortium—the “overlords” who standardize emoji—mingled with vendors hawking eggplant-shaped vibrators, smiley-face Chia pets and a multitude still struggling to cope with the fact that Apple’s update of the peach emoji is simply not as butt-like as it used to be. 🍊 😓

The inaugural event, taking place over three days, was the brainchild of Jennifer 8. Lee, a writer and producer who became enthralled with emoji-creation process last year after discovering that a dumpling symbol did not exist. “Dumplings are a universal food,” says Lee. “There’s pierogis and empanadas and momos. So to me it just meant that whatever system is in place was broken.” 👎

On Saturday, Emojicon attendees were walked through that process by Unicode’s Mark Davis, who explained that his organization is dedicated to making sure that everyone—no matter which of the world’s 7,000 languages they speak👲👳💂—can communicate using those languages on their smartphones and computers. And emoji, he explained, are a small, if wildly popular, part of that work. “Every single time you’re hitting an ‘A’ on your smartphone,” he says, “that’s Unicode underneath.” Out of about 120,000 characters Unicode deals with, roughly 0.015% are emoji.

The first emoji convention, Emojicon, was held in San Francisco on Nov. 4 through 6, 2016.
Attendees had many emotions about Apple's peach-related decisions. Katy Steinmetz for TIME

Big tech companies like Apple and Google tend to limit their emoji offerings to the symbols that Unicode has made official, to make sure communication runs smoothly across devices. Unicode is trusted with saying that this bit of code should manifest as a “smiley face” across all platforms, for example, though it’s up to individual companies to decide how they want that smiley face to look in their respective systems. (That’s why, depending what device you’re reading this on,🔫 might look like a revolver or a water pistol.) If Unicode doesn’t set a standard, users with different devices might get the dreaded “did not compute”▪ of mystery.

What got the 🐐 of Lee, who now sits on the subcommittee at Unicode that deals with emoji, is that most people don’t understand how it all works. The intention with the convention—the same as the mission of Lee’s year-old non-profit Emojination—is to bring the voice of the people to a process that largely happens in the back rooms of multinational corporations, and to demystify that process for the masses. “Emoji are so widely popular,” says the convention’s lead producer Jeanne Brooks, “we believe this visual communication deserves a home that is accessible to many.”

“It’s a very closed conversation,” Lee says. Her organization’s motto: “Emoji by the people, for the people!” 🌎🔆💯

The first emoji convention, Emojicon, was held in San Francisco on Nov. 4 through 6, 2016.
Katy Steinmetz for TIME

At one point on Saturday morning, the floor was opened up for anyone who wanted to make a case for why a certain emoji should be added by Unicode, which accepts written proposals arguing for the inclusion of new images. Part of their judgment criteria is how popular a given emoji might be around the world, and part is trying to keep the process neutral and fair. That means no brands, and no real-life people. (Davis, the cofounder of the organization, extended his condolences to Beliebers everywhere 😭.)

Once something is added to the Unicode set, it is never taken out, which is another reason Unicode doesn’t approve every emoji that anyone wants. It also takes a lot of work to review proposals, says Unicode’s Davis, and phones would be burdened by huge amounts of emoji—as would users if they were forced to swipe through a 100 pages of them to find the one they want. “We don’t take the decision lightly, even though it’s fun,” he says. Currently Unicode has standardized about 1,800 emoji, with roughly 70 new ones being added each year.

And so, knowing they all had a 🗻 to climb, one woman took the microphone in the open session and advocated for the peacock and more animals in general😻😻😻! A 15-year-old wearing a hijab, who has submitted an application for a figure wearing a hijab, made her case for being more thoughtful about people like her. A pretzel supporter noted that such an emoji would not only serve to aid conversations about literal pretzel treats but act as a visual metaphor for anything convoluted or confusing. Yet another made an impassioned plea for the sickle and hammer, noting that he was in the midst of translating the Communist Manifesto into emoji. 👻🇩🇪🇫🇷🇬🇧

The first emoji convention, Emojicon, was held in San Francisco on Nov. 4 through 6, 2016.
There was emoji art, emoji soap, emoji clothes and emoji bean bags. Katy Steinmetz for TIME

Linguists such as Tyler Schnoebelen, who has done several studies on emoji and emoticons, delved into the power and diversity of the images as a method of communication—while joining the chorus of his peers who say, no, emoji are not a language. He noted how the meaning of one image will differ depending on who is texting it and where and to whom. For example, emoji users in the United States might never end their war over whether 🙏 is a high five or a prayer, but it means something entirely different in Japan: “thank you.” The meaning of emoji—just like words—isn’t static either. “Language changes,” says Schnoebelen, “and emoji are changing.” Case in point: Goodbye once meant “God be with you,” but few intend that now. 👋

Gretchen McCulloch, an Internet linguist, went on to assure grandpas everywhere that emoji are not going to replace English either, with young whippersnappers drooling on their emoji keyboards like illiterate cave people 😵. Most people don’t actually use emoji as “linguistic devices,” substituting 🍟 for fries and likewise for every word they can, she said. Instead, they function more as paralinguistic things, devices that give nuance to the words we’re using, just like body language or pitch of voice. McCulloch noted one study that found kids who use more emoji actually tend to use more standard spellings, too (avoiding things like “yaaaaaayyyyy”) because those images are sending cues about meaning that they might otherwise resort to non-standard writing to convey.

An emoji designer from Google, Rachel Been, explained the many layers that go into the process of deciding what an emoji will look like on a certain platform. Should it be flat-looking? Three-dimensional? Should the face look left or right? What are the different cultural implications of a color? If they’re designing a “necktie” emoji, should there also be a shirt? Should emoji women wear pink? (The answer to that one, she said, is emphatically “no” these days.) Been and her team have noticed gaps in the available symbols, too. They’re the ones to thank for proposing the professional women emoji that were approved by Unicode earlier this year, to balance out the likes of 👸 and 👰. “It’s really important to be culturally aware,” Been said.

The day was a mix of goofiness and serious academic inquiry, as well as promotional fests from a jumble of sponsors that ranged from the country of Finland to Taco Bell to the U.S. pear lobby. In one room, people competed in emoji karaoke (with teams translating the lyrics of songs like “Call Me Maybe” into corresponding pictures) while the curator of New York’s Museum of Modern Art spoke about fine art in another, explaining what went into the museum’s decision to acquire the original set of 176 Japanese emoji earlier this year. A ballon artist twisted up renditions of🎄 as ESPN’s Latoya Peterson finalized her remarks on the subtext of race in emoji, questioning which cultural foods 🍥, for example, should be widely available. “The default on the Internet is often white and male,” she says.

And that vacillation between the silly and serious is precisely what Lee had envisioned for Emojicon. “It touches this interesting combination of intellectual cerebralism,” Lee says, “and childlike wonder. Everyone can do something with it.” 👏

The first emoji convention, Emojicon, was held in San Francisco on Nov. 4 through 6, 2016.
People had a very good time. Katy Steinmetz for TIME
More Must-Read Stories From TIME 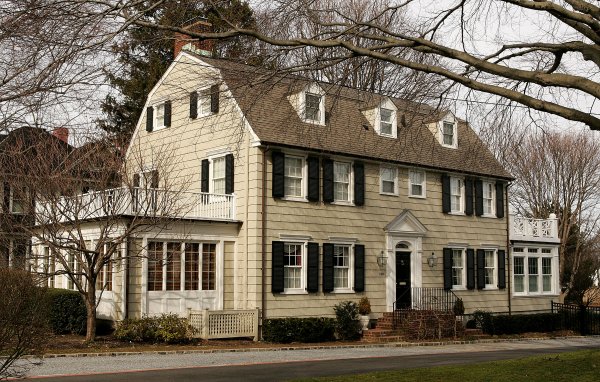 This Site Tells You if Your House Is Haunted
Next Up: Editor's Pick