As Beyoncé performed at a rally for Hillary Clinton on Friday night, she highlighted a decades-old comment from Clinton that sparked controversy in 1992 about feminism and women’s rights.

“I suppose I could have stayed home and baked cookies and had teas, but what I decided to do was fulfill my profession, which I entered before my husband was in public life,” Clinton said in 1992, when asked about her decision to continue practicing law while her husband was governor of Arkansas.

She went on to explain that her work has been aimed at ensuring women can make choices about their personal and professional lives, “whether it’s full-time career, full-time motherhood or some combination.”

At the time, the remark challenged gender norms and drew swift criticism from traditionalists who interpreted it as a dismissal of stay-at-home mothers.

On Friday, Beyoncé flashed part of the quote, in all-caps, on a screen behind her on stage. She urged the crowd to go vote, tying Clinton’s candidacy to the history of women’s suffrage and her daughter’s future.

“Eight years ago, I was so inspired to know that my nephew, a young black child, could grow up knowing his dreams could be realized by witnessing a black president in office,” Beyoncé said.

“And now we have the opportunity to create more change. I want my daughter to grow up seeing a woman lead our country and know that her possibilities are limitless. We have to think about the future of our daughters, our sons and vote for someone who cares for them as much as we do. And that is why I’m with her.” 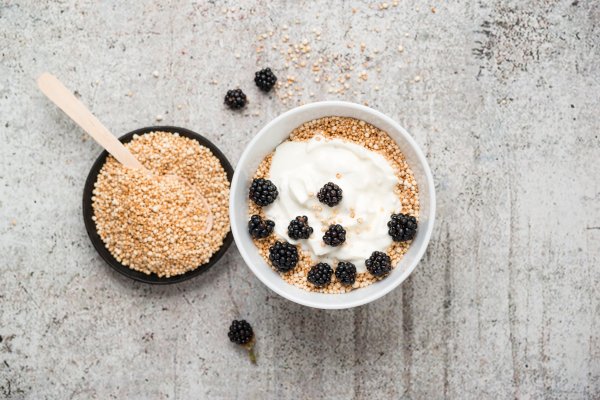 5 Healthy Breakfast Foods to Add to Your Morning Routine
Next Up: Editor's Pick