The Chicago Cubs' Trophy Was As Much Bought As Earned

Members of the Chicago Cubs celebrate defeating the Cleveland Indians in Game 7 of the 2016 World Series at Progressive Field on Wednesday, November 2, 2016 in Cleveland, Ohio.
Ron Vesely—MLB Photos/Getty Images
Ideas
By Drew Haase
Haase is a community dispute mediator in New York City and has been a Cardinals adherent since the first time he watched Lou Brock steal a base.

“That was not a strike” I fumed, leaving the TV in disgust with the Cubs up 6-3 and my wife chiding me as I paused for K-zone replay confirmation before storming off.

My wife had a point: My team bowed out and began prepping for 2017 a month ago. Why was I so irritated about this game?

I’ve never been a Cubs-hater, even as a kid growing up in Cardinals country. Of course, I never viewed them as a legitimate threat either. Still, I was probably a little bothered while watching Game 7 of the World Series knowing that we all really need that sad-sack Cubs team to point to when our own real baseball team eats it: “Yeah, well, at least we’ve won a World Series in the last hundred years…” But that wasn’t my beef.

Nor was it the strike-call on a ball four inches off the plate. I get pretty antsy at the injustice of a missed pitch call, and I find it curious when other baseball purists bristle at the idea of computerized strike zones (wouldn’t the game be more pure if arbitrary human error were taken out of it?). But something else was itching at me.

How did the Cubs get here? The Cubs!

In 2014, the Cubs finished fifth in the NL Central with a 73-89 record. A mere seventeen months later they were the unanimous pre-season pick to win it all. And they did exactly that. Dominantly. How is that blink-of-an-eye transformation possible?

Cubs fans get all giddy about the brilliance of Theo Epstein and/or Joe Maddon, or the emergence of young talent, or veteran leaders. And yeah, those are positive factors.

But really, come on. This incredible Cubs phenomenon simply couldn’t have happened without a massive surge in spending.

In the last two years, per Baseball Prospectus, the Cubs’ payroll mushroomed from $92 million to over $171M, representing an 86% increase over their 2014 payroll. The Cubs are now the NL Central representatives in the high society club of big-city-spenders, along with the Yankees, Red Sox and Dodgers. And, ok, it was smarter money than they spent in 2009, when the Cubs had a payroll farther above league average than this year’s and still didn’t make the playoffs. And they did beat the highest-paid team in the league in this year, those Dodgers, to get the to the World Series. But Chicago’s payroll spike can’t be ignored.

I’ve kind of despised the Yankees for a long time, specifically because every offseason for years on end it was generally guaranteed that every team not based in the Bronx would have to pick from the free agent leftovers after Brian Cashman et al doled out nauseating piles of money to the cream of the available crop.

More importantly, though, I hated them because, as a Cardinals fan I know that there’s a special kind of satisfaction that comes from earning a championship rather than buying one.

“Whoa… hey man, we Cubs earned this title as much as any other team before us! Get off your high horse, whiny Cardinals guy!”

Okay, sure, your players went out and played well, had a semi-dramatic comeback from a three-games-to-one deficit, and ended the longest title drought in major sports. But it’d be way more impressive if that had been accomplished on a payroll more like that of the Indians (closer to the league bottom at $96m), or merely by drafting well, making painful roster decisions and adding key mid-level players.

In 2012, the cost-conscious Cardinals didn’t skip a beat after losing marquee player Albert Pujols to free agency: they were a game away from the World Series, losing in seven to eventual champs the Giants, and then succeeded in making a World Series appearance themselves in 2013. Big money be damned.

So maybe I’m now all sour grapes and whatnot. Indeed, there was palpable disgust and dismay in St. Louis when the traitorous Jason Heyward became the Cubs biggest offseason signee. And to be fair, in the end, he factored far more into the Cubs budget than he contributed to their crowning moment.

For what it’s worth, I do not represent Cardinals Nation. Most of us are fans of the game as much as our team, and there are plenty who are actually quite happy for the Cubs. Indeed, up until this season, I counted myself among them.

But the Cubs have become the hard-working neighbor kid whose soul disappeared when he got a fat inheritance. I guess that’s what really bothers me.

The 2016 World Series winners don’t feel like a Cubs team.

And while that’s exactly what they and their city wanted—to be redeemed at all costs—many of the rest of us didn’t.

P.S. That Eddie Vedder rally song is really not good. 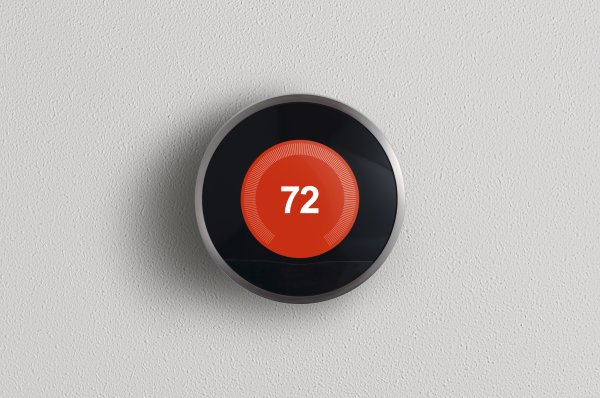 Your Smart Thermostat Could Take Down the Internet
Next Up: Editor's Pick