Chicago Review Press
Ideas
By Ronald G. Shafer
Ronald G. Shafer is the author of The Carnival Campaign: How the Rollicking 1840 Campaign of Tippecanoe and Tyler Too Changed Presidential Elections Forever

With our whole nation playing political Jeopardy, it seems an appropriate time for a game-show quiz in the form of a question: Do you think each of the following phrases best fits the 2016 presidential election or the first “modern” campaign in the 1840 clash between Whig William Henry “Old Tippecanoe” Harrison and Democratic President Martin Van Buren?

This election is rigged.

That is what Donald Trump claims now, but the correct answer is the 1840 contest when both parties really did steal votes and intimidate voters. When a bully harassed Whig voters at a Springfield, Ill., polling place, a local Harrison elector came in to chase the man away.

The elector’s name was Abraham Lincoln. Abe said he wished the bully had put up a fight so he could “knock him down and leave him kicking.”

If you said 1840, you got it right. It was Harrison, on June 6, 1840, in Columbus, Ohio, who became the first presidential candidate ever to give a campaign speech. At that time, campaigning for yourself was thought to be highly improper. Harrison gave more than 20 speeches around Ohio, drawing crowds of up to 100,000 people—far more huge than the rally crowds Trump brags about.

Even Old Tippecanoe worried where all this would lead. “Indeed, sometimes I fear that upon me will fall the responsibility of establishing a dangerous precedent to be followed in future time,” he said in Chillicothe, Ohio. If only he could see us now.

Obviously we’re not talking about the current campaign, with both Trump and Hillary Clinton struggling to look presidential. So the answer is 1840, when Harrison ran the first image campaign. After critics sneered that the 67-year-old “granny” would rather stay in his log campaign and drink hard cider, the Whigs portrayed him as the champion of the common man living in his log-cabin home.

Actually, Harrison lived in a mansion in Ohio. But, much like the current campaign, this was an election where facts didn’t matter much. The nation was in an economic depression, and voters just wanted change. The Whigs promised to Make America Great Again, or as they put it, “Harrison and Reform.’

Either campaign is the right answer on this one. But the Whigs were the first to focus on monster “grass roots” rallies. They organized miles-long parades featuring log cabins on wheels, marching bands and a 15-foot-high rolling “Harrison Ball” plastered with campaign slogans that could be rolled from town to town. It was the start of the phrase “Keep the ball rolling.” It was the start of presidential politics as entertainment.

The 2016 contest is the no-brainer correct answer, though Trump’s remarks about women can’t be repeated in a family article. The 1840 election, however, was the first to disparage the ladies. Women became involved in presidential politics for the first time, openly cheering for Harrison. One Democratic U.S. senator called ladies who attended rallies women of “doubtful reputation.” The New York Herald scolded: “Ladies are better mending their stockings or making puddings than becoming politicians.”

Women held their ground. When horses stampeded at a rally in Springfield, Ill., one woman cried out: “If there’s to be any killed, let it be the ladies, for they can’t vote.” Women began to dream that one day women would be allowed to vote. And just maybe, someday a woman might even run for president. Naw, that could never happen.

The right answer here remains to be seen. Clinton certainly got a big surprise from FBI chief James B. Comey’s last-minute email probe in the current race, but the first October surprise came in 1840. President Van Buren, known as “the Little Magician,” assured friends that he had “a card to play that nobody could dream of.” Instead of federal investigators, federal prosecutors in New York were about to indict some Whig politicians for bringing in illegal voters from Philadelphia during the 1838 election of New York governor William Seward.

Democratic newspapers announced the indictments in late October, implying that the Whigs also were trying to steal the 1840 presidential election. “A Gigantic Plot to Elect Harrison President By Fraud,” blared the headline in the Washington Globe. Voters shrugged off the scandal, figuring both sides were engaging in dirty tactics.

Harrison went on to win the contentious election in a mudslide. Spoiler alert: He became the first president to die in office after only a month on the job. But the presidential campaign tactics that Old Tippecanoe pioneered live on. If Harrison could be reached for comment today on the 2016 version of his groundbreaking campaign on steroids, he would probably tweet this from his tomb in North Bend, Ohio: “My fellow Americans, I am so sorry.”

Adapted from The Carnival Campaign: How the Rollicking 1840 Campaign of Tippecanoe and Tyler Too Changed Presidential Elections Forever (Chicago Review Press) by Ronald G. Shafer, a former Washington political features editor at The Wall Street Journal. 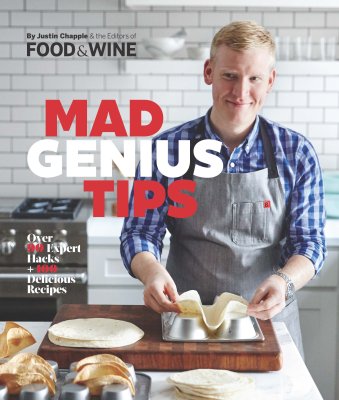 4 Kitchens Hacks for a Day’s Worth of Delicious Meals
Next Up: Editor's Pick