The Chicago Cubs broke more than a century-long drought this week to win the World Series, and Friday morning they’ll get the parade over a hundred years in the making.

The parade starts at noon ET (11 a.m. CT) as the team works its way from Wrigley Field to Grant Park for a rally. The Chicago Tribune reports that city police are preparing for massive crowds and some street closures took effect as early as 4 am.

With Chicago ready to celebrate, the city has warned its citizens: “There will be zero tolerance for drinking on the public way.”

Watch the festivities above. 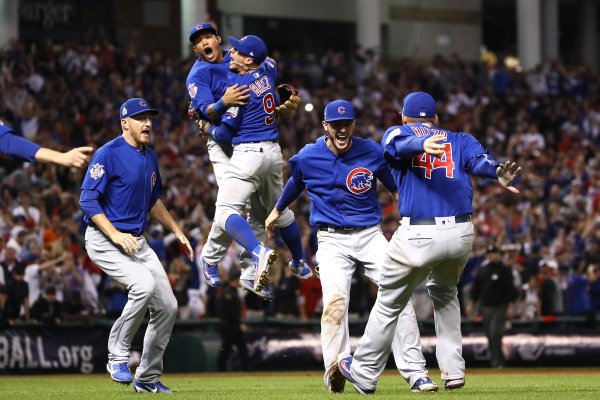 The Happiest Photo of the Chicago Cubs Celebrating Their Historic World Series Win
Next Up: Editor's Pick