There’s a Little Bit of Cubs in All of Us

The Chicago Cubs celebrate after winning 8-7 against the Cleveland Indians in Game Seven of the 2016 World Series at Progressive Field on Nov. 2, 2016 in Cleveland
Ezra Shaw—Getty Images
By Steve Rushin / LIFE Books

And so it has finally come to pass. The baseball team epitomized by climbing vines—pruned every autumn, regrowing every spring—has survived October for the first time in 108 years, turning a natural cycle into something supernatural, as when hell freezes over. Fans of the Chicago Cubs may be forgiven for now wondering: Is this the end of the world? And if not, what earthly wonders could possibly remain?

Before they won the World Series for the first time since 1908, in seven epic games against the Cleveland Indians, the Cubs’ century-long hibernation attracted four emotional responses: sympathy, empathy, apathy, or (in the case of Chicago White Sox fans) a gleeful antipathy. But of these, empathy was the most common, for almost every citizen of Earth, at some time or another, has been the Chicago Cubs.

Until now, that is. Few of us have been the dominating, happy-go-lucky, world-on-a-string Cubs of 2016, because life seldom goes as well for anyone as it has for these Cubs. As the favorite for the National League Most Valuable Player award in 2016, after winning the league’s Rookie of the Year award in 2015, after winning Minor League Player of the Year in 2014, after winning College Player of the Year in 2013, Cubs superstar Kris Bryant is stringing together a charm bracelet of a life whose most notable civic achievement is already—at age 24—in the history books. No collective achievement in American sports is likely to eclipse the Cubs winning the World Series, which has been called—with appropriate apocalyptic overtones—“The Last Great American Sports Story.”

As the Cubs won a league-best 103 games in the regular season, Bryant hit .292 with 39 home runs and 102 RBI. He also played six different positions, most frequently third base, where he could see at the opposite corner Anthony Rizzo, who plays first base and piano with equal grace. The starting pitchers rotating between them—Jake Arrieta, Jon Lester, Kyle Hendricks, and John Lackey—were overpowering piano movers rather than piano players.

Addison Russell shares his first name with the very street that gives Wrigley its address: 1060 West Addison. Javier Baez and Ben Zobrist—like Bryant—happily played a multi-tude of positions for Joe Maddon, the groovy skipper who spends winters traveling the nation in an RV and might turn up at the ballpark in a tie-dyed T-shirt and do-rag. “If you think you look hot, wear it,” Maddon said during this year’s spring training. “That’s our dress code.” And so, in both mode of dress and method of transportation, he called to mind Scooby and Shaggy and the Mystery Machine, for it was his job to vanquish ghosts.

Maddon was hired by team president Theo Epstein, who previously chased away demons with his hometown Boston Red Sox, a club that waited a mere 86 years between World Series titles, not 108 like the Cubs.

Until they won it all, what did you think of when you thought of the Chicago Cubs? That for most of the 20th century, the fans were lit and the field was not? Was it the outfield ivy, which left fielder Lou Novikoff feared was poisonous, thus explaining why he wouldn’t go near it. (This is a problem when you’re a Cubs outfielder.) Perhaps it was the art deco marquee that welcomes the world to Wrigley Field, “the Friendly Confines,” as Cubs announcer Jack Brickhouse first called it—an oxymoron of amicable incarceration. Has there ever been a happier place of punishment, with its rooftops and Ernie Banks and that holy trinity of Billys—billy goat, Billy Williams, Bill Murray, to say nothing of Bleacher Bums, black cats, and Bartman? And those are just the B’s. There is almost no end to the Cubs catechism.

But until their remarkable victory this fall, what you thought of first when you thought about the Cubs—and chances are you did think about the Cubs, out of all proportion to their achievement—was losing. The Cubs have lost achingly, endearingly, gracefully, disgracefully, incredibly, and so consistently that 107 years passed between World Series victories, and 71 years between National League pennants. At some point, the name of their beloved announcer—Harry Caray—began to sound less like someone you listened to and more like something you committed, a ritual self-sacrifice.

But the Cubs and their fans are so much more than mere exemplars of delayed gratification. (Or more often denied gratification, given the generations that lived and died without a world title.) Yes, the Cubs endured serial suffering, like Job, but they also found solace in the biblical book of Romans: “Not only that, but we rejoice in our sufferings, knowing that suffering produces endurance.” When you lose as much as Ernie Banks did, his famous mantra—“Let’s play two”—sounds more like: “Thank you, sir, may I have another?”

There is something distinctly American about the Cubs, with their famous ballpark at the heart of a city at the heart of America. Chicago was named “Hog Butcher for the World” by poet Carl Sandburg, though the Cubs found their own poetry—and very nearly a National League pennant—in another Sandberg, this one with an e. But we’re getting ahead of ourselves.

For 107 years, losing was their identity, their unique selling point, what set them apart from every other American sports franchise, and so it is reasonable to wonder now that the Cubs have finally won it all: Have they also lost everything?

Or was losing not really central to the Cubs mythology after all? Put another way: Having played baseball now in three American centuries, are the Chicago Cubs finally primed to be America’s team? If you look closely enough, they already were, and always have been.

Excerpted from LIFE’s Chicago Cubs: Champions At Last, a 96-page, fully illustrated commemorative edition. Available at retailers and at Amazon. 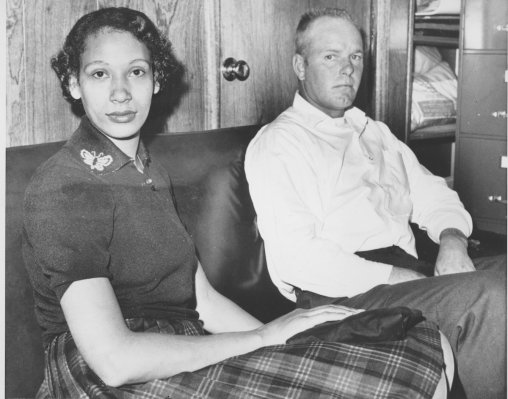 The White and Black Worlds of 'Loving v. Virginia'
Next Up: Editor's Pick