A Catholic church in California posted fliers telling its visitors the choice in this election is clear: Don’t vote for Hillary Clinton, or else you’ll go to hell.

A memo posted at San Diego’s Immaculate Conception Catholic Church on Oct. 16 said, “It is a mortal sin to vote Democrat . . . immediately after death the souls of those who die in a state of mortal sin descend into hell,” the Washington Post reports. It outlined the five political topics where the Democratic position would condemn you to hell: abortion, same-sex marriage, euthanasia, human cloning and embryonic stem-cell research.

A memo on October 30 specifically mentioned Hillary Clinton and expanded the list of issues, including supporting gun control and “accepting immigrants whose “religious values are to eradicate every belief except those of their own prophet and god.”

Church officials have denounced the fliers and said they were not put out by the church in any official capacity. “While we have a moral role to play in explaining how Catholic teaching relates to certain public policy issues, we must not and will not endorse specific candidates,” said Bishop Robert McElroy in a statement.

“It’s not a mortal sin to vote for Democrats, number one,” said diocese spokesman Kevin Eckery. “And number two, the church doesn’t take positions on this, and we’re not going to.” 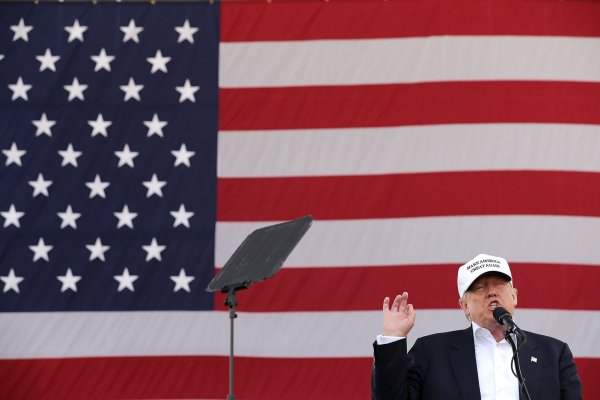 Watch Donald Trump Live on the Campaign Trail
Next Up: Editor's Pick