Hillary Clinton has regained a slim lead in a tracking poll that just days ago showed Donald Trump up by one point nationally.

In a new Washington Post/ABC tracking poll, Clinton holds a three-point lead over Trump with 47% to 44% support. In the poll released Monday, Trump was leading Clinton 46% to 45%. Both spreads are within the poll’s margin of error.

The new results noted many similarities with the 2012 election results. Clinton currently holds a 10-point lead among women; Barack Obama won women by 11 points. Trump has 79% support from white evangelical Protestants; Mitt Romney won 78% of them. Trump is 8 points ahead with political independents; Romney won them by 5 points.

The poll notes one significant difference from 2012, however. In the last election, Romney won white college graduates by 14 points. But this year, Clinton holds an 8-point lead with the group. If this holds for the election Trump would be the first Republican to lose the group in 60 years, FiveThirtyEight reports.

Still, with less than one week until the election, there’s at least one thing most voters seem to agree on. In the final New York Times/CBS News Poll, more than 8 in 10 voters said this campaign has made them feel more disgusted than excited. 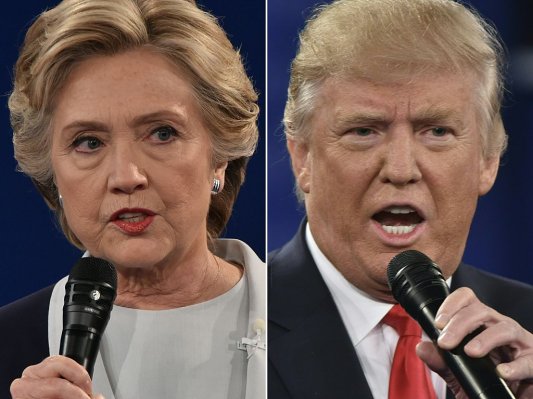 The Polls Tighten
Next Up: Editor's Pick