The Tensions in American Democracy Date Back to 508 B.C.

Marble fragment of Acilia sarcophagus depicting the Roman Senate during a procession on the occasion of the appointment of a consul, 270 A.D.
DEA / G. Dagli Orti—De Agostini/Getty Images
By Michael Scott

As we hurtle towards the final days of the 2016 US Presidential elections, with all the uncertainty, drama, mudslinging and name-calling that it brings, many may be feeling a little bit fed up with the U.S. political system. The source of that annoyance, however, can be traced back a lot further than the beginning of this campaign season. In fact, it goes all the way back to 508 B.C.

The year 508 B.C. was a watershed moment in the history of human politics. Ancient sources tell us that in that same year, in two different countries, two political systems were born. Those systems still define the modern world. In Italy, in the city of Rome, the king was expelled and a system of republican government was installed. And in Greece, in the city of Athens, a tyrant was expelled by a rebellion of the people and a new system of government created: democracy.

What makes this moment so applicable not just to the wider modern world but particularly to the United States is that the Founding Fathers, during their discussions and deliberations in the 18th century over what the U.S. political system should look like, referred often to these two political systems.

We don’t have to look very far to see which one they preferred. Thomas Jefferson is said to have chosen to name the Capitol, the home of U.S. Congress, after the Capitoline hill in Rome, one of Rome’s famous seven hills and the location of the temple that was consecrated by city’s republican government as a symbol of Rome’s new dawn at the end of the 6th century B.C.

The Founding Fathers’ decision to create two chambers of Congress was an attempt to balance the proportional representation of the people in the House of Representatives with an equal representation of the different states in the Senate. But the decision to name the Senate after ancient Rome’s Senate also gave its role in the U.S. political system another flavor. The word “senate” comes from senex — “old man.” In Ancient Rome, the senate was traditionally a place for careful and thoughtful discussion amongst the older — and more elite — echelons of society. Appropriately then, James Madison is quoted as saying during the Constitutional debates of 1787 that one of the Senate’s roles should be to protect the “minority of the opulent against the majority.”

Indeed, the Founding Fathers were not that keen on the Athenian example of direct democracy and absolute equality at all.

This situation was in part due to the way in which Roman writers, in the centuries after the fall of Athenian democracy and during the height of the Roman empire, had disdained Athens’ direct democratic system, in which each individual citizen voted on every major decision of government, as “mob rule.” The characterization stuck. James Madison wrote in the Federalist Papers (No. 55) that, “‘In all very numerous assemblies, of whatever character composed, passion never fails to wrest the scepter from reason. Had every Athenian citizen been a Socrates, every Athenian assembly would still have been a mob.” Later, in Federalist Paper No. 63, lamenting Athens’ lack of a second, Senate-like chamber to keep check on the people: “What bitter anguish would not the people of Athens have often escaped if their government had contained so provident a safeguard against the tyranny of their own passions?”

But what about the office of the President? Neither ancient Rome nor Athens had anything like it.

In Athens, there were three top magistrates who were changed on an annual basis, each with different portfolios of power. In Rome, there were two equally powerful leaders — consuls — elected together for a year, with the idea that one would keep a check on the other. Only in times of crisis did Rome give power to a single “dictator,” someone charged with securing the safety of Rome and then handing back power.

The U.S. Founding Fathers in their own deliberations were only too well aware that there needed to be someone in charge of the executive branch of government, but they could not agree on how many there should be. Debate raged between one president, who could quickly look like a king or the worst of Roman dictators, and multiple presidents, more like the two-consul system or that of the magistrates in Athens. But Rome’s history showed that the two-man system led to intense disagreements and problems. So it was that the 1787 convention outlined the appointment of one person to the job in order to ensure it was done effectively, but with strong limits on their power to help ensure the worst never happened.

The records of the debates of the U.S. Founding Fathers provide not only proof of their deep knowledge of ancient history — particularly the politics of Greece and Rome — but also a frank portrait of the imperfection of human society. The men who drafted the American Constitution realized that, though there was much to learn from ancient society, that there was no sweet spot that would grant all their desires and answer all their concerns.

Politics —from the ancient Greek ta politika meaning “the affairs of the community” — is by its nature a compromise, a balancing act, which is always in flux and never perfect. The Presidential campaign of 2016 is just another reminder that we can’t rest easy on the achievements of 508 B.C., or indeed on those of the U.S. Founding Fathers. The job of keeping the political balance is ours to do as well.

Michael Scott is the author of Ancient Worlds: An Epic History of East and West. 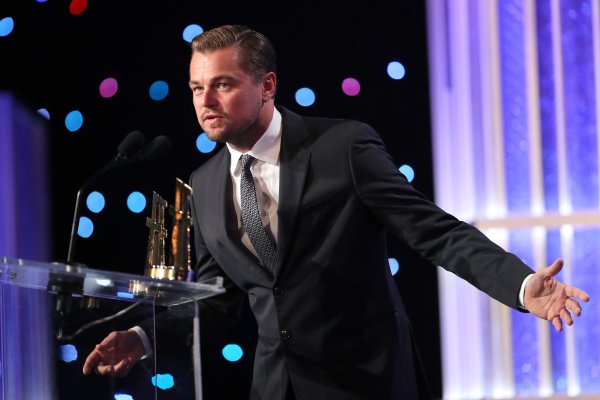 'Prevent a Comedy From Turning Into a Tragedy.' Hollywood Gives Hillary Clinton a Late Boost
Next Up: Editor's Pick