Given that more than 129 million people voted in the last presidential election, it’s easy to feel like your vote won’t count.

But thanks to the Electoral College, you can end up having a much greater impact on the outcome than you think.

TIME went over all 48 presidential elections since 1824, which many scholars say was the beginning of the modern two-party system, and we found three in which just a few hundred voters in one state could have swung the race in the other direction.

The razor thin margin of the 2000 election came down to 537 voters in Florida who backed Republican Gov. George W. Bush of Texas over Democratic Vice President Al Gore. A recount of the votes was contested, leading to a Supreme Court decision that handed the presidency to Bush.

One of the most controversial elections in U.S. history, the election of 1876 saw Democratic Gov. Samuel Tilden of New York win the popular vote while Republican Gov. Rutherford B. Hayes of Ohio came out ahead in the Electoral College after a disputed count. But just 889 voters in South Carolina who backed Hayes could have swung the race.

Another brutal and hard-fought election, the 1884 campaign between Democratic Gov. Grover Cleveland of New York and Republican Sen. James G. Blaine of Maine was determined by just 1,047 voters who backed Cleveland in his home state.

And those are just the closest races. According to TIME’s analysis, if fewer than 10,000 people had voted differently in several states, the elections of 1844, 1848 and 1916 could have also swung the other way.

Methodology
Historical data on electoral college votes was obtained from the National Archives. Data on state-level election results was obtained from The American Presidency Project at the University of California, Santa Barbara. The figures for number of people required to swing the election were calculated by measuring the smallest possible path to a majority in the electoral college.

Correction: The original version of this story and the accompanying maps misstated the results of the 1916 and 2000 presidential elections. In 1916, multiple states would have had to swing a different way, some by more than 1,000 votes, for Woodrow Wilson to lose. And in the 2000 election, Al Gore won New Mexico, while Florida was the state that year where only a few hundred votes could have swayed the election. 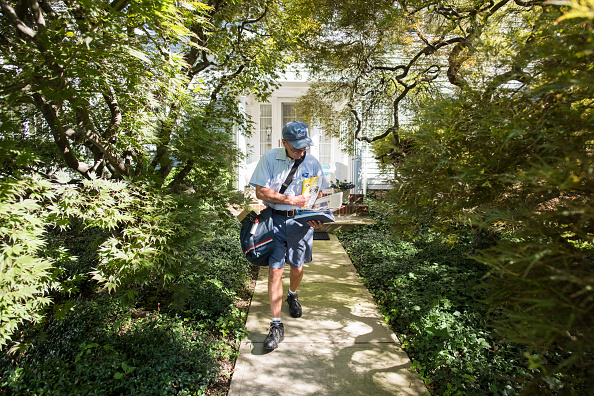 Yes, the Post Office Will Still Deliver Your Mail-In Ballot Without a Stamp
Next Up: Editor's Pick