Dylan Roof (C), the suspect in the mass shooting that left nine dead in a Charleston church appears in court in Charleston, S.C., on July 18, 2015.
Pool—Getty Images
Ideas
By Jeffery Robinson
Jeffery Robinson is Deputy Legal Director at the ACLU

The impact of race on criminal justice is one of the hottest topics of our time. Today’s police-shooting videos have not revealed something new, they have revealed, in a new way, a legacy of racial hatred and violence that is embedded in our nation’s DNA, and more and more Americans are waking up to that fact. So, if we are ready to address the impact of racism in the criminal justice system, what do the remedies look like?

Let me tell you one thing that will not work—sentencing Dylann Roof to death. Jury selection for his federal death penalty case in the Charleston shooting last summer starts on Nov. 7.

When I heard about his slaughter of nine black worshipers in Charleston’s Mother Emanuel AME Church, I wanted vengeance. I wanted his blood. I grew up as a black child in the South in the 60s and spent the past 34 years as a criminal defense lawyer. I’d seen too many black lives sacrificed to racism, snuffed out by violence or wasted by our criminal justice system. Snapshots of Dylann Roof began to emerge—here wearing a jacket emblazoned with the flags of Rhodesia and Apartheid-era South Africa, there in sunglasses holding a confederate flag and a gun. My rage grew, and I was sure that he deserved to die. I had long been opposed to capital punishment in all circumstances, yet I wished the death penalty on Dylann Roof.

The more I thought about it, though, the more I understood that, one: his death would not get me what I wanted, and two: his execution wouldn’t help solve the problem of racism in the criminal justice system. It would only serve to reinforce the legacy of racial injustice in our use of the death penalty.

After 34 years of practicing in the criminal justice system and studying its history, here is what I know to be true: the racism that has marred our country’s development since its beginnings is inextricable from the death penalty. Every credible study evaluating race and capital punishment in America has shown the same thing: The death penalty is not reserved for the worst of the worst, but mostly for black and brown people convicted of killing white people. None of this is surprising given our history of segregation and lynching.

What I also know to be true is that prosecutors sometimes exclude black jurors from death-penalty and non-death penalty trials for no reason but their race; and only in the most extreme and rare instances are they held accountable. Don’t think this just happens in the South. I saw the exact same practices we associate with Dixie in courtrooms in the Pacific Northwest. This, like every other aspect of race in our country, is a national problem that stretches from sea to shining sea.

Abhorrent racial considerations, instead of the mere facts, seep into jury’s deliberations. In Texas, a black defendant was predicted to be violent based on race and was therefore sentenced to death. And for those who say the Supreme Court will likely reverse the conviction, remember, the case only got to the highest court because numerous other judges heard this evidence and saw no problem. And, when innocent people are sentenced to death, we find that 93 of 156 innocent people released from death rows across this country are black and brown.

Our problems with race and the criminal justice system run deep and will take years of work to resolve. Some might think that sentencing Roof to death would demonstrate that black lives actually matter and somehow erase the legacy of racism and the death penalty. If we kill him, won’t that show that we are not racists?

Nothing could be further from the truth.

Killing Roof would not put us on the path to redemption. His execution would not dispel the racism that rules who we execute in America. Seeking his death would not somehow “even the score.” And remember, the human brain is not fully developed until about 25 years of age. Are we actually going to try to cleanse the racism from the death penalty by executing a person who was 21 years old at the time of his offense?

History would not judge us kindly for such a killing.

Roof has offered to plead guilty in exchange for a life sentence with no parole. This would save us from re-hashing the most difficult parts of his case and open the door to talk fully and in loving memory of his victims, including the Reverend Clementa Pinckney who, if alive, would be leading the discussions we desperately need to reform our criminal justice system.

The ugly truth about my initial desire for Roof’s execution is that it might somehow validate the very part of our criminal justice system most infected by racism. People could offer up Roof’s execution as an example of how the death penalty is meted out fairly in America, and thereby increase the legitimacy of a system that unfairly and disproportionately continues to kill black and brown people. Because if Roof is sentenced to death and forgotten in the minds of many Americans, we would go back to executing black and brown people like we always have, and valuing white lives over the lives of people of color.

What I want is an America that does not nurture the hate in Roof’s heart. And killing him won’t get me that either. 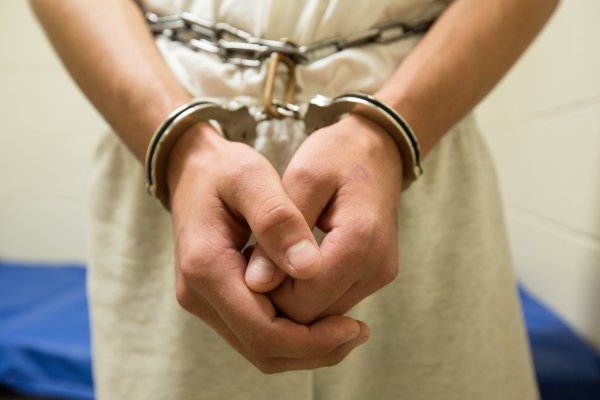 Youth Prisons Don’t Work. Here’s What Does.
Next Up: Editor's Pick