The Chicago Cubs finally ended a 108-year-long championship drought by defeating the Cleveland Indians in the 10th inning of Game 7 of the World Series Wednesday night. But while the team’s victory was a nail-biter to the very end, for the writers of Parks and Recreation, it should have come as no surprise.

During the NBC sitcom’s season 7 episode “Ron & Jammy,” Tom’s ex-girlfriend Lucy tells Tom and Andy — who are visiting her in Chicago — that the Cubs’ long-awaited MLB title has made the people of the Windy City much more pleasant to be around. “Yeah, I think you’re really gonna like it here,” she says. “And obviously, everyone’s in a really great mood now because of the Cubs winning the series.”

Although this episode aired in 2015, within the timeline of the show, Tom and Andy’s trip took place in the summer of 2017, meaning the Cubbies could only have pulled it off in none other than — you guessed it — 2016.

“As soon as we decided to throw the last season of Parks and Rec into the future, into 2017, we sort of started calculating what the world might be like,” co-creator Michael Schur told the Washington Post. “We talked about . . . aspects of America that we could sort of casually mention that we thought would be funny.”

Of course, the Parks team weren’t the only ones to predict this historical day would come to pass. Twitter user GIO shared an eerily accurate prediction about the outcome of this year’s series back in 2014. 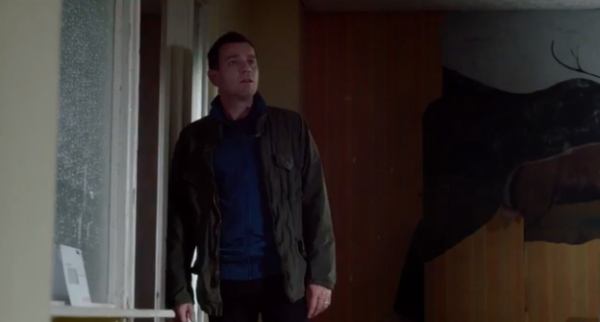 Watch Ewan McGregor Choose Life in the Trailer for T2: Trainspotting
Next Up: Editor's Pick