Like most exercise, yoga looks better online than in real life. On Instagram, for example, yoga is a patchwork of pink sunrises, green smoothies and thin, bendy, barely-clad beings standing beatifically on their heads. Not pictured: the sweaty, awkward struggle to get into a pose. Missing, too, are other types of bodies that love yoga.

Thirty-six million people practice yoga in the U.S., and Jessamyn Stanley knows they cannot all be size 2. For years, the 29-year-old big-bodied woman has posted photos of herself doing challenging yoga poses paired with an equally challenging message: larger women can practice yoga while, at the same time, loving their bodies. Like her skinnier yoga peers, Stanley wears cute sports bras, lemon-hued two-pieces, tight booty shorts and, sometimes, nothing at all. Yet despite her size, her sailor’s mouth and her self-identification as a “fat femme,” Stanley is more Internet-famous than most of them. With more than 232,000 followers on Instagram, she’s one of the most-followed yogis online. “It’s very important to me that fat people have a space where they feel like it’s O.K. to be athletic,” Stanley says. “If you can help people get to a place where they feel more comfortable with themselves, then that’s amazing.”

Being an online yoga powerhouse is the last career Stanley pictured for herself. She took her first hot-yoga class when she was a 16-year-old in North Carolina, at the urging of her aunt. “I hated it,” she says. “Everything about it was just dreadful: the heat, the poses, the breathing. I thought I was going to die.” She swore it off.

But during graduate school, where she focused on performing-arts management, she tried again. Yoga was just as hard, just as hot and just as humiliating. “I was watching all the other people moving through it with ease, and I was the largest person in the class,” Stanley says. “I was so aware of myself.” But she also felt a new confidence. The mat was a refuge from depression over her weight and family trauma, which had plagued her for years. Yoga made her feel like she could push past boundaries, and Stanley decided that she didn’t care what anyone else thought.

Hooked, Stanley left grad school and moved to Durham for culinary school, while practicing yoga at home. To solicit technical feedback from instructors, she started posting photos of herself doing yoga in her apartment–shoes and scarves stuffed in a corner, a pink mat rolled out on the carpeted floor. But others quickly took notice. “The comments I was getting were like, ‘Wow, I didn’t know a fat girl could do yoga!'” Stanley says. “That’s a problem, because there are so many fat women who do yoga. I’m far from the first person.”

Although bodies shaped like Stanley’s are common in America, showing them is not. A study this year of 100 top Instagram posts hashtagged #yoga revealed that 86% of those pictured had a thin, fit body. Only two people who used the hashtag were classified as overweight (one was Stanley). “Fat women are taught to wear their baggiest clothes that hide their body as much as possible to exercise, because nobody wants to see it,” she says.

Yet when Stanley started showing as much of herself as possible–belly, thighs, butt and all–her follower count swelled. Fitness brands clamored to sponsor her. Students from Seattle and London and Dubai asked her to teach them, and Stanley became a certified yoga instructor. Now she travels for teaching and wrote a book, Every Body Yoga, out next spring.

Fans can’t seem to get enough. In one recent photo, Stanley is posing for the camera in a fuchsia sports bra and black leggings. “Frankly, I just want to live in a world where plus-size women are not afraid of their own bodies,” she writes. “We’re curvy goddesses–ass-kicking amazons, even. It’s time to show off that reality.” 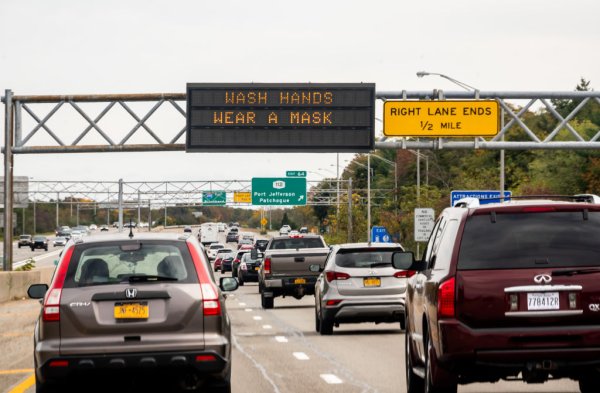 Young Adults Less Likely to Use Measures Against COVID
Next Up: Editor's Pick