Crimes of the Heart in Javier Marías's Thus Bad Begins

Like many of his novels, Spanish author Javier Marías’ new book, Thus Bad Begins, isn’t exactly a mystery, though it is mysterious. Here, the 65-year-old perennial Nobel favorite tells the story of Juan de Vere, a young man working for a film director, Eduardo Muriel. The older man assigns his apprentice the task of finding out a secret about a longtime friend. Meanwhile, de Vere is intrigued by the cold relationship between Muriel and his depressed wife Beatriz–at some point in their past, she did something unforgivable, also a secret, and de Vere wants to find out what.

Marías (The Infatuations, A Heart So White) makes hypnotic use of discursive prose, punctuating almost every action and piece of dialogue with a long, philosophical interrogation that somehow never detracts from the story’s drama. No story is new, de Vere says–the ways we wrong one another have all been seen before by “the cold moon, which dozes and observes with just one eye open.” But that doesn’t make tales of conflict and betrayal any less fascinating to those of us walking the earth.

As de Vere and Muriel try to get to the heart of matters, they discover secrets they wish they hadn’t, events they wish only the “sentinel moon” had witnessed. “When you give up trying to know what you cannot know,” says Muriel, “perhaps, to paraphrase Shakespeare, perhaps that is when bad begins, but, on the other hand, worse remains behind.” The characters may wish they’d closed their eyes and covered their ears, but the reader will devour every exquisitely wretched revelation. 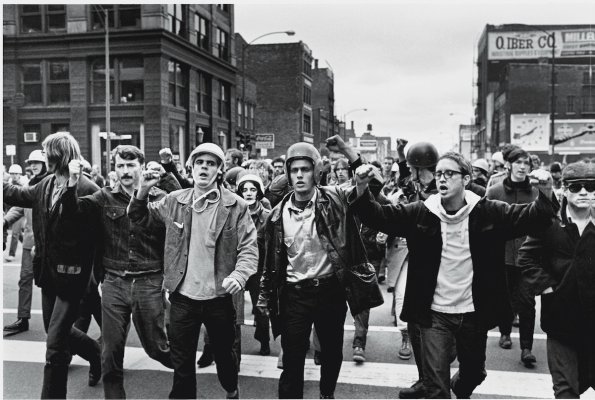 How the Weather Underground Failed at Revolution and Still Changed the World
Next Up: Editor's Pick