President Obama to Donald Trump: 'You're a Loser'

President Obama dinged Trump on his claims that the presidential election would be rigged against him, calling his statements the musings of a “loser” at a rally in North Carolina on Wednesday.

“If in the middle of the game you’re spending all your time arguing with the refs,” Obama said Wednesday, “then you’re a loser and you shouldn’t win.”

Wednesday’s stop was one of many the President will make in the lead-up to Election Day, with stops in Florida and Charlotte, N.C., planned for later this week. The President seemed to be attempting to agitate Trump in his most recent stop on the campaign trail, suggesting that Trump’s claims that he had a “big brain” were “contestable.”

The President continued to press issues surrounding Trump’s taxes, his statements against women, and the support he’s gotten from members of the Ku Klux Klan. “If you accept the support of Klan sympathizers,” Obama said of Trump, “then you’ll tolerate that support when you’re in office.”

The President also spent a significant portion of the speech lambasting Senator Richard Burr, who is facing a tough re-election battle in the Tar Heel state. The President reminded the gathered crowd of audio that was recently released of the candidate saying he liked seeing an image of a bull’s-eye on the Democratic presidential nominee Hillary Clinton, though he later apologized.

President Obama made a direct appeal to voters, saying that it was up to citizens, particularly the citizens of North Carolina who he said had the power to hand Clinton the win. The President said not voting would “betray” all of those who died and fought to ensure they had the right to do so, bringing up a controversial and restrictive voting law that was struck down in the state after it was found to have been discriminatory.

“I hate to put the pressure on you, but the fate of the republic rests on your shoulders,” he said. 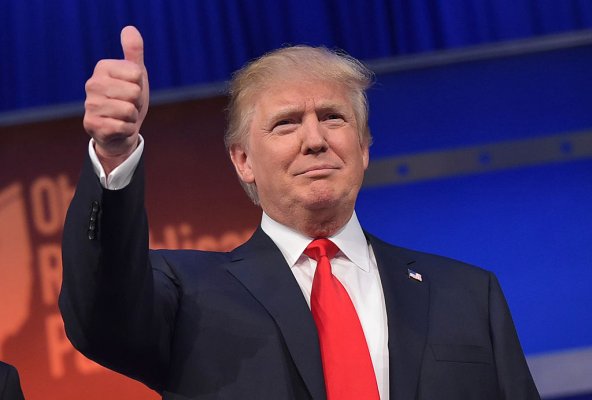