While people all over the country tune in tonight to watch the Chicago Cubs and Cleveland Indians battle it out in the final game of the World Series, they will also see three different Donald Trump ads.

The campaign announced Wednesday that it would run three ads during the game. “We are excited to take our message directly to the millions of sports fans watching the World Series to let them know that they have a clear choice in this Election, and Mr. Trump is the one who will fight for them,” Jason Miller, communications advisor on the campaign, said in a statement.

One ad focuses on Hillary Clinton’s career as a politician and says that “Washington insiders thrived” under her leadership, while Trump will “turn Washington upside-down”:

Another looks to the future, claiming that Clinton will make the country “diminished at home and abroad,” while Trump will make America “better, stronger, more prosperous”:

The third ad focuses only on Clinton, talking about donors to the Clinton foundation and the FBI investigation into her use of a private email server, saying that now her “corruption is closing in”: 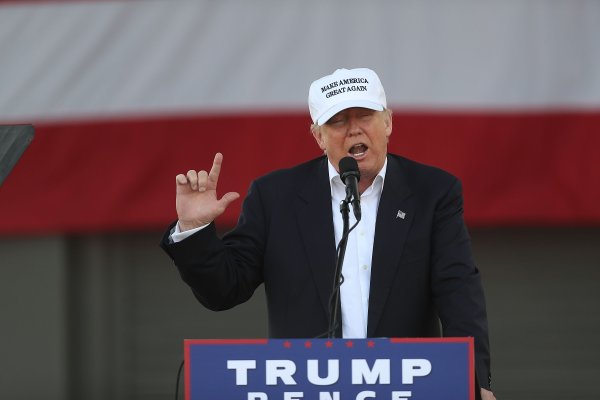