How Microsoft Wants to Change the Way You Work

Microsoft’s Office software, like Word, Excel, and PowerPoint, have long been workplace staples. Office’s dominance has held sway even in the cloud computing era: 85% of Fortune 500 firms are using at least one form of Microsoft cloud software, the company says. But software from productivity startups like Slack, which enables workers to chat and share files with one another, pose a threat to Microsoft’s grip on the so-called enterprise market.

Microsoft’s latest answer to that threat was unveiled Wednesday in the form of a workplace collaboration tool called Microsoft Teams. The Redmond, Wash. company is pitching Teams as a digital interface meant to replicate the way coworkers interact in person. In addition to one-on-one and group chats, Teams offers virtual video meetings, threaded conversations, and the ability to share files from Microsoft Office software and other sources.

A preview version of Teams is available now for those with Office 365 Enterprise or Business plans, with a broader rollout coming in early 2017.

“[Teams] is a big move on Microsoft’s part,” says Aaron Levie, co-founder and CEO of enterprise software firm Box, a Microsoft partner. “They’re going through a massive reinvention as a company and this is a signal of further transformation, where they’re recognizing that the way that people work is going to be totally different in the future.”

Microsoft’s new workplace communication and collaboration tool comes as Slack and similar platforms have proven there’s a need for software that helps groups, not just individuals, get work done. “Slack has identified a spot in the market that wasn’t fulfilled,” says Mike Gotta, a research vice president at Gartner. “[Microsoft] is responding to a gap in their product portfolio.”

One key factor driving Slack’s success is its ability to integrate into a broad range of other services, making it highly adaptable to various workflows. Microsoft says Teams will also play nice with other software, with companies like Zendesk, Asana and Intercom already on board.

A major hurdle with any new workplace software is convincing employees it’s actually worth their time to learn how to use a new tool. “People want apps that are more situational or contextual,” says Gotta. “They don’t just want another plate that they don’t know what to do with.” To that end, Teams will use the Microsoft Graph, which lets multiple apps access data across the company’s cloud services, to help surface relevant information.

Microsoft is facing plenty of competition when it comes to workplace collaboration software. Slack is a darling of Silicon Valley technology firms and other companies, growing at lightning speed with minimal marketing beyond word-of-mouth. Apps from software maker Atlassian perform similar tasks. Even Facebook recently launched a version of its platform tailor-made for office productivity.

So Microsoft is late to the game. It’s also tried to crack workplace communication before, acquiring social media platform Yammer in 2012 for $1.2 billion in a deal that hasn’t met expectations. But Microsoft has some key advantages over its rivals: It’s a known and trusted partner for many big businesses, and its software is already familiar to millions of workers. Those will be valuable assets as the company seeks to maintain its office space dominance.

— With reporting from Alex Fitzpatrick 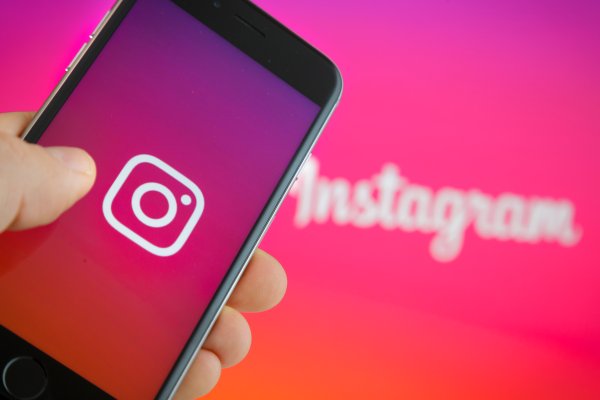 It Just Got Easier to Shop Directly on Instagram
Next Up: Editor's Pick