Ever since announcing that Emma Watson would play Belle in its live-action adaptation of Beauty and the Beast, Disney has kept the production tightly under wraps. Pretty much all the first poster and teaser gave us to work with was an image of the enchanted rose and some twinkling snowflakes. But now the wait is over: Entertainment Weekly has released a first look at Watson’s Belle—mid-waltz with Dan Stevens’ apparently CG-enhanced beast—with a sneak peak at its forthcoming cover.

It’s immediately apparent that pains were taken in the name of verisimilitude—that iconic yellow ballgown more than anything—though the Beast’s double snaggletooth is conspicuously absent in the update. The adaptation of the first animated film ever nominated for an Oscar for Best Picture will feature new songs by Disney mainstays Alan Menken and Tim Rice and supporting turns by Ian McKellan as Cogsworth (the clock) and Ewan McGregor as Lumière (the candelabra).

Just one of Disney’s many forthcoming live-action fairy tales, Beauty and the Beast hits theaters on March 17, 2017. Watch the teaser trailer below: 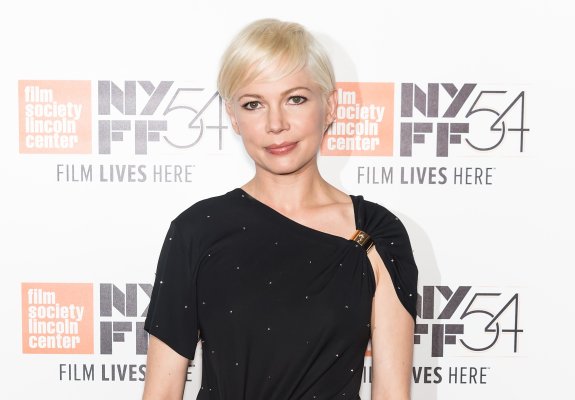 Michelle Williams on the ‘Bravest Human Being’ She’s Ever Played
Next Up: Editor's Pick