370 Economists: 'Do Not Vote For Donald Trump'

Republican presidential candidate Donald Trump speaks at a lunch hosted by the Economic Club of New York on September 15, 2016 in New York City. According to a report by Oxford Economics, if Trump is elected to the White House growth in the US would be about 5 per cent lower than would otherwise be expected by 2021.
Spencer Platt—Getty Images
Ideas
By IDEAS Desk

Three hundred and seventy economists, including eight Nobel Prize winners, co-signed a letter that asserts, “Donald Trump is a dangerous, destructive choice for the country. He misinforms the electorate, degrades trust in public institutions with conspiracy theories, and promotes willful delusion over engagement with reality.”

The statement, which was first published by the Wall Street Journal, does not endorse a candidate. Instead it lists 15 points of concern about the Republican presidential nominee. Several criticize Trump for his assertions about supporting manufacturing workers, particularly those in Ohio and Michigan. Contrary to what he has said, the economists write that renegotiating NAFTA will not increase the number of manufacturing jobs: “manufacturing’s share of employment has been declining since the 1970s and is mostly related to automation, not trade.” (NAFTA came into effect in January 1994.) They also write that trade agreements have not cut national income and wealth, which has risen because, as the signatories write, trade is not “zero-sum.” (“Freedom to trade” was on a list of “what America needs” in a September statement of concern about “Hillary Clinton’s economic agenda” signed by 300 economists. An Oct. 31 statement by 19 Nobel laureates in economics decried Trump’s “reckless threats to start trade wars with several of our largest trading partners.”)

The new letter, signed by economists who won this and last year’s Nobel prizes as well as the chief economist at the World Bank, also questions Trump’s math on how he would eliminate the fiscal deficit while decreasing revenue; says he exaggerates immigration’s negative impact; and laments how “he repeats fake and misleading economic statistics, and pushes fallacies.”

The economists instead recommend discussions about helping laborers who have been displaced by automation; remedying the unequal distribution of income via increasing tax revenue or by way of a “reduction in spending on Social Security, Medicare, Medicaid, or Defense;” and reminding American citizens that the U.S. is not, in fact, one of the world’s most heavily taxed countries.

“If elected, he poses a unique danger to the functioning of democratic and economic institutions, and to the prosperity of the country,” the letter concludes. “For these reasons, we strongly recommend that you do not vote for Donald Trump.” 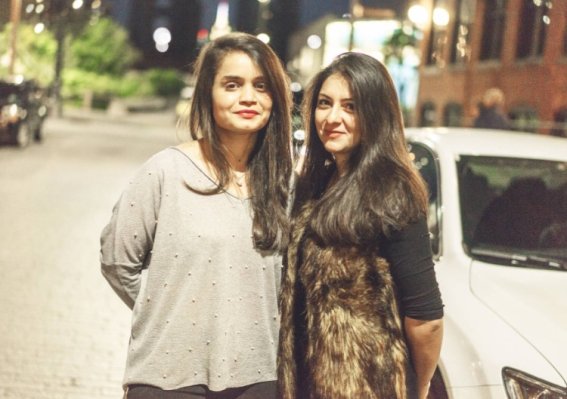 How the India-Pakistan Conflict Ruined a Wedding
Next Up: Editor's Pick