The Congressional Gold Medal given in honor of "the Foot Soldiers of the 1965 Voting Rights Marches who peacefully marched from Selma to Montgomery in protest of the denial of their right to vote," on Capitol Hill, February 24, 2016 in Washington, DC.
Drew Angerer—Getty Images
Ideas
By Vartan Gregorian
Gregorian is president of Carnegie Corporation of New York.

As I write these words, we are coming to the end of what has seemed to many to be an unusually vitriolic election season, most recently with a last-minute controversy over some “unspecified emails.” Have American politics ever been so fraught, so divisive?

In his presentation to Carnegie Corporation of New York’s Board of Trustees in September, Michael Waldman, president of the Brennan Center for Justice at New York University, reminded his listeners that the divisions, the animosities, the rough and tumble of American political life are by no means unprecedented. Speaking of his new book, The Fight to Vote, Waldman told us, “When you look at the full sweep of American history…these fights are consequential, they are intense, but they are not new. This fight over the vote, this fight to vote, the fight over American democracy, has been at the center of American politics from the very beginning.” One might be tempted to shrug one’s shoulders and say “plus ça change, plus c’est la même chose.” But the fact is, U.S. democracy has made tremendous progress.

American democracy today remains a living, breathing idea, a work in progress. Indeed, the course of American history attests to the long and arduous struggle to right the wrongs and attempt to strengthen the institutions of our democracy in order to do justice to the values and rights embodied in the Declaration of Independence, the Constitution and the Bill of Rights. For my part, I have always believed that American democracy is not perfect, but it is perfectible. For all of us, whether Americans by birth or naturalization, America is not just an actuality but a potentiality, too.

A major example of America’s continued struggle for a more perfect union is illustrated by the fight for voting rights. As Waldman points out, by current standards the modern world’s first democracy—the United States of America—was, at its beginning, in many ways limited and undemocratic. After all, only propertied white men could vote. Since then, the history of voting in our country has been one of a gradual expansion of rights: first to unpropertied white men, then to African-American men, and then, at last, to women. It has been a constant battle, marked by many setbacks. But it is important to remember that we have come a long way from where we began. Although there is certainly more to be done, it is a fact that the democratic process in the United States has never been as inclusive as it is today. In large part, this is because each generation has struggled to close the gap between reality and our ideals.

Listening to Waldman’s enlightening speech to the Board of Trustees regarding The Fight to Vote brought to mind the fascinating analysis and observations of one of the earliest studies of American democracy, Alexis de Tocqueville’s Democracy in America. This classic work, first published in 1835, described our nation’s dynamism and resilience. These qualities, the author argued, fostered the very principles upon which a successful democratic society could be built. Tocqueville had great hopes for American democracy to succeed. He saw in our country a dynamic and progressive phenomenon uncharacteristic of European society at the time—so new that he had to coin a word to describe the American character: individualism. For Tocqueville, this term was not to be equated with self-centeredness, selfishness or egoism, nor with “the cult of the self.” Rather, it stood for independence of both thought and action, as well as the reconciliation of personal interests and the public good. Individualism, he argued, ­­­was essential to a healthy democracy, for it ensured that citizens’ desire for equality never came at the expense of liberty. Indeed, he believed individualism would safeguard liberty and encourage the harmonization of private and public interests. That was his hope, and what he saw as one of the great strengths of the new nation.

But while lauding the rights and privileges of the Americans he observed, Tocqueville also adumbrated the responsibilities that came with being an American citizen. While each American deserved the vote, it was also important that each understood that that right came with certain obligations. That is why, as part of the social compact, individuals had to be able to recognize the importance of postponing the desire for immediate gratification for the public good. It was this understanding, of the interrelationship between the self and the community, that enabled Americans to reconcile their personal well-being with the common welfare of the people.

Thus, Tocqueville raised the concept of participatory citizenship as the cornerstone of any true democracy. And indeed, from the founding of the republic to the present, we have witnessed seminal changes in our democracy. The democratic process is unquestionably more representative; voting rights have been expanded to all. Men, women, young people; native and naturalized citizens; and all racial and ethnic groups—everyone participates in the process.­ That being said, Tocqueville did not foresee a number of structural issues in our democracy. For example, he did not anticipate the growing role of big money in politics, the rise of gerrymandering or the emergence of a new professional class of lobbyists to push special interests, be they corporate, regional, international or ethnic.

He did recognize, though, that democracy constantly faces great risks and challenges. As a supporter of both the free press and the open discussion of ideas as critical to the vitality of democracy, he may himself have been musing on the possibility of even a free and progressive society degenerating into “Orwellian” conditions when he wrote, “I am aware that, at a time like our own, when the love and respect which formerly clung to authority are seen gradually to decline, it may appear necessary to those in power to lay a closer hold on every man by his own interest, and it may seem convenient to use his own passions to keep him in order and in silence.”

So far, as Americans, we have thankfully managed to avoid allowing ourselves to be manacled by all-powerful overlords or permitting the strength of our democracy to be leeched away by the fear of what the future may bring. That does not mean, however, that we must not constantly be mindful of the importance of preserving our democratic principles and defending the individual freedoms that are the legacy of our founders’ trust in the nation they established and in the descendants to whom they bequeathed the guardianship of their great “experiment in liberty.”

Tocqueville believed that true democracy stands for and promotes the equal right of all citizens to the advantages of this world, yet at the same time causes anxiety in our quest to attain these advantages. Frustrated by the apparent tension between liberty and equality, the individual is often pressured to choose between the two. And that pressure may come from the same democratic government that citizens have put in place to protect their freedoms. Tocqueville writes: “The true friends of the liberty and the greatness of man ought constantly to be on the alert, to prevent the power of government from lightly sacrificing the private rights of individuals to the general execution of its designs. At such times, no citizen is so obscure that it is not very dangerous to allow him to be oppressed; no private rights are so important that they can be surrendered with impunity to the caprices of a government.”

Nevertheless, referring to the push and pull between equality and freedom that are endemic to both the American character and the American political process, Tocqueville went on to say, “I firmly believe that these dangers are the most formidable… but I do not think they are insurmountable.” I would add that it is only possible to confront these challenges with the participation of a committed citizenry.

Another peril our democracy faces that the French nobleman alluded to is that our democratic system allows free people to constantly review and question the principles they live by, while they appreciate the matchless benefits of that very system. It is undeniably true that since Tocqueville’s time we have come a long way. When Tocqueville wrote his seminal book nearly 200 years ago, America was still in a state of becoming. He would have been gratified to know that, while during his era there were only twelve Amendments to the U.S. Constitution, today there are twenty-seven, many of them dealing with expanding and ensuring the rights of all American citizens.

As in the past, if America is to continue its course of progress, one thing is clear: not only do we need exceptional captains of our ship of state, but committed citizens, too. We as Americans cannot abdicate our responsibilities and claim our rights at the same time. After all, a committed citizenry—assisted by a responsive free press—is the best watchdog of democracy. To paraphrase one of my illustrious predecessors at Carnegie Corporation, John W. Gardner, when it comes to our democracy, we must be loving critics and critical lovers, but never indifferent.

Our challenges today are different than those faced during Tocqueville’s time—whether ensuring the universal right to high-quality education, fighting against economic inequality, or preserving freedom of speech. As citizens, we are all responsible for preserving liberties while rectifying inequities. We are, each and every one of us, the guardians of our democracy. Indeed, as Pulitzer Prize-winning historian Alan Taylor reminds us in the cover story of the most recent issue of the American Scholar, the founders warned that uneducated voters make us vulnerable to reckless demagogues.

Today we as Americans still strive to safeguard our democracy while taking great care to balance our quest for social and economic justice for all with our foundational commitment to individual freedom. Liberty, as the history of our nation and many others has shown, is an irreplaceable prize that, without vigilance, is easily lost.

This essay was first published in the Carnegie Reporter. 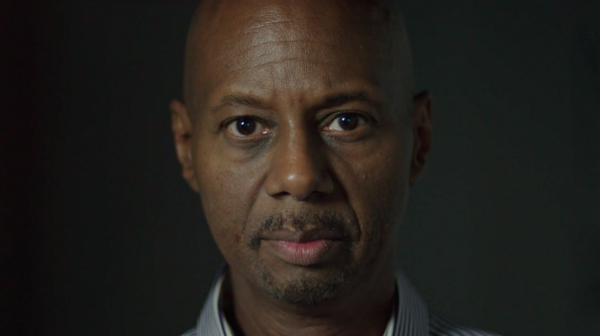 'Unforgiven': A Short Film About a Disenfranchised Voter In Florida
Next Up: Editor's Pick